BJ The Chicago Kid Drops ‘The Lost Files: Cuffing Season’ For The Fans (And The Lovers) 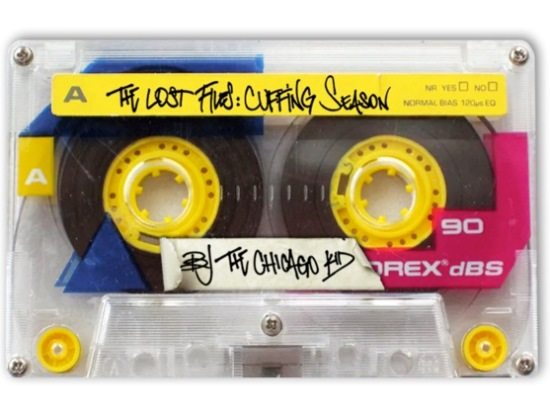 In less than a year's time, BJ The Chicago Kid released his debut album, lent his voice to some awesome collaborations, completed a successful world tour, recorded a posthumous duet with soul icon Marvin Gaye and earned himself three GRAMMY nominations. Now he caps his amazing year and blesses our listening ears with a new mixtape titled The Lost Files: Cuffing Season.

As the title implies, the collection – consisting of eight tracks that he discovered on a lost hard drive, plus one original – is the perfect soundtrack for some hot and heavy romance during these cold winter months. After opening the set with new track "Uncle Marvin," the soul singer wastes no time submitting his application to put in that work with a tempting lyrical resume called "On My Way to Your Heart." From there, he continues to entice and woo with sensual vocals on tracks like "Planet Love" and "Make Love." But it's not all about what happens between the sheets, as he warns of relationship woes on "Don't Go Looking" and "Can't Say No." The Lost Files further entertains as scenes from the Tina Turner biopic What's Love Got To Do With It are spliced between songs, creating added tension and drama. In contrast, songs like "Plain" and "Sweeter Everyday" go way beyond the temporary passions of cuffing season, giving us all the feels as the soulful crooner sings of deep, lasting love.

With BJ's vocal prowess and production from hitmakers like Dre & Vidal and Harold Lilly, it's no surprise that The Lost Files: Cuffing Season will be in heavy rotation well into the warmer months. And since the project is a gift to his fans for their support, this tantalizing collection of slow jams is available for free! We'll definitely be rooting for BJ The Chicago Kid come awards season. In the meantime, stream the album below, download your copy and keep up with the artist via his website to see what's coming next.