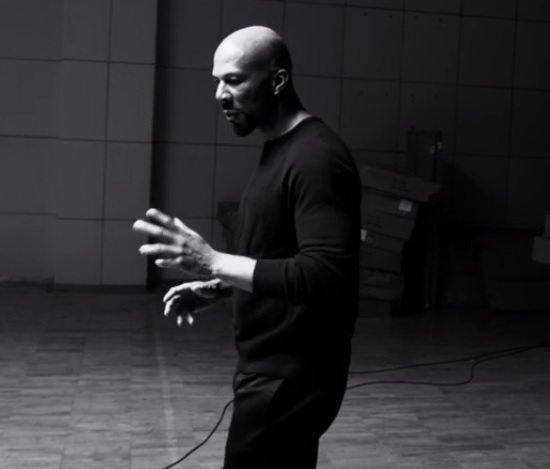 Common spoke to the Black consciousness with his latest opus Black America Again, and he continues to bring a message to his art with the video for "Letter To the Free," which appears both on the album and in Ava Duvernay's powerful documentary 13th.

Shot in black and white, the minimalist clip takes us inside a prison as the Com performs the track. However, it's not your typical performance. He appears in separate areas of the building, with his collaborators  (which include Robert Glasper, Bilal, Andra Day, Elena Pinderhughes and Christian Scott Atunde Adjuah) isolated from one another. The interesting choice creates a sense of the isolation found in prison but also shows how, though separated by literal and figurative barriers, we can all come together to create a movement.

While chatting about the song with Billboard, Common framed the song in context with the incoming president-elect. “When I say, 'We ain’t seen as human beings with feelings / Will the U.S. ever be us, Lord willing,' that hasn’t changed with the election of Donald Trump," he said. "Those things are there. Now it’s just probably going to be in our face even more, and we know we have to resolve it and be the vessel for the change.”

Check out the poignant visual for "Letter To the Free" below.