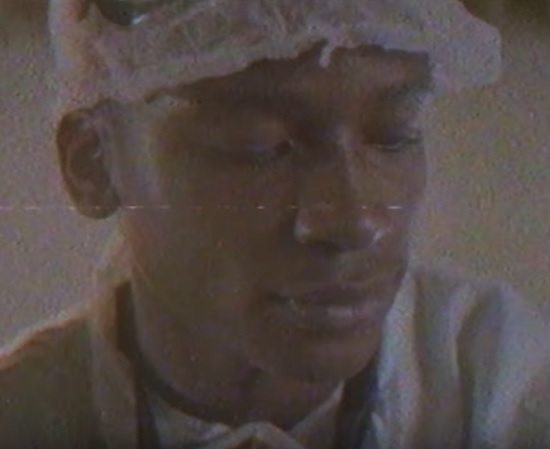 So, a funny thing happened while De La Soul was dropping the video for "In Memory Of...(US)." It seems that the Daisy Age crew also gave us a video for soulful single "Pain." However, they did so with little to no fanfare whatsoever, meaning that most only discovered the clip if they happened to be searching for it. But that's not all that's a little strange about the video.

For one, the clip's concept somehow incorporates the inner workings of a corrupt bottle water company named PAEN (get it?), which is the subject of a documentary that looks like it was filmed in the 1980s. Secondly, neither De La nor featured guest Snoop Dogg rap their verses (though the Plugs do appear briefly as sponsors of the dubious water). Instead, various factory workers — including Rene Neufville — and executives spit in their place with smiles on their faces as they toil away at the plant. Lastly, the video is filled with off-center interruptions, like an Emergency Broadcast System alert, chopped-and-screwed concert footage and odd conversations. It's safe to say the quirk is strong with this one. That being said, it's nothing if not an interesting watch.

Check out the video for "Pain," which is lifted from their GRAMMY-nominated ...And the Anonymous Nobody, below.