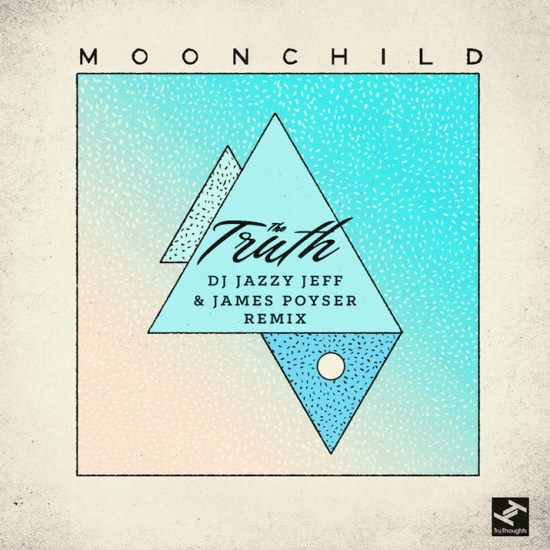 Moonchild has been delighting listeners and earning well-deserved praise from their peers since they stepped on the scene back in 2012. Last year, they re-released their sophomore project Please Rewind as their official debut on the Tru Thoughts label. And while it's great that Amber Navran, Max Bryk and Andris Mattson keep an active performance schedule, the truth is that we're ready for new music from the L.A.-based jazz and soul trio. Thankfully, their talented friends DJ Jazzy Jeff and James Poyser have just the thing to tide us over with their remix of Moonchild's "The Truth."

The collabo makes perfect sense. For one thing, Jeff and James have proven themselves as a dynamic duo (heck, we've already got Snow Beats queued for our upcoming winter playlist). But they're also no strangers to Moonchild's catalog, having remixed the title track of their debut album Be Free. For this particular rework, Jeff gives us some old school static and fuzz along with enhanced drums while Poyser works his magic on the keys, subtly coloring the mood and tone of the song.

Unfortunately, "The Truth (DJ Jazzy Jeff & James Poyser Remix) won't be officially released (read: available for purchase) until January 13th. But that doesn't mean you can't scroll down and enjoy the audio to your heart's content in the meantime. Let's hope this means Moonchild will be blessing us with a new project next year. And speaking of new, be sure to check out Jeff's current side project/collaboration with Rhymefest called Jeff & Fess.