Get Your ‘Party’ On With Chris Brown, Usher & Gucci Mane 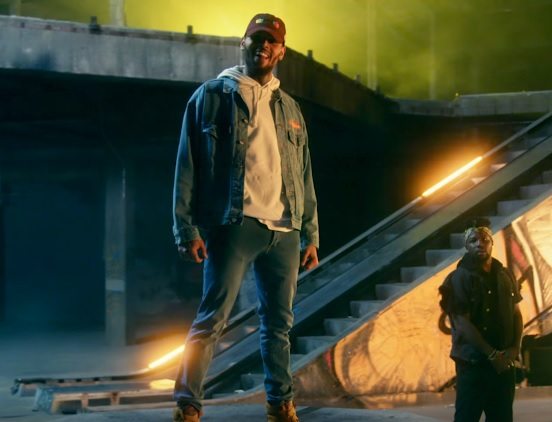 Chris Brown has shared a few cuts from his upcoming project, Heartbreak on a Full Moon, including “Grass Ain’t Greener” and the sleeper dance club cut, “What Would You Do?,”, “Lady in a Glass Dress” and “Keep You In Mind” featuring Bryson Tiller. However, the proverbial heartbreak kid is finally sharing the official first single for his new album with us, “Party” featuring Usher and Gucci Mane.

“Party” is a lively posse cut. While it features the Trap&B sound that is dominating radio, Chris Brown doesn’t get lost in the proverbial sauce, adding some thump and rhythm to the generally sparsely produced music, turning a basic groove into a party-ready track. Brown comes out swinging on the track, boasting, “Pulled up on your b***h, tell your man I'm sorry / Hundred on my wrist, jumpin' out the 'rari.” His mentor Usher comes out with a pretty salacious verse about his team winning the NBA Championship and bouncing rubber bands off strippers, while Gucci rounds things out with a rap on the end. It’s a bit much, but it is a party, so we’ll let it ride.

Directed by Brown, the video for “Party” is a Mad Max meets The Wiz affair with a spooky setting and raucous dance numbers. In the clip, Brown is trying to gain access to an underground club, but before he can get in, he has to impress the bouncers outside with his dance moves. Of course, they ain’t said nothing but a word, as Brown pops, locks and drops it with the crew over the song “Kriss Kross” from his OHB Attack the Block mixtape. Once inside the club, which looks to be an abandoned mall, Chris and his dancers do their best impressions of the scarecrow from The Wiz. Usher, showing off his Cleveland Cavaliers championship ring, shows he hasn’t lost a step, hitting a few 8-counts with a couple dancers as he cascades down an escalator. And Gucci, well he ain’t doing a two-step or anything, but his rap hands and presence are enough of a present from the East Atlanta Santa.

The song and video for “Party” can’t help but make us think of Usher’s “Yeah!” However, this ain’t the same old song, but a worthy successor. There’s no official release date for Heartbreak on a Full Moon, Brown’s follow-up to Royalty. Until then, this little stocking stuffer from Breezy and friends will keep the party going until we get the full project sometime in the new year.