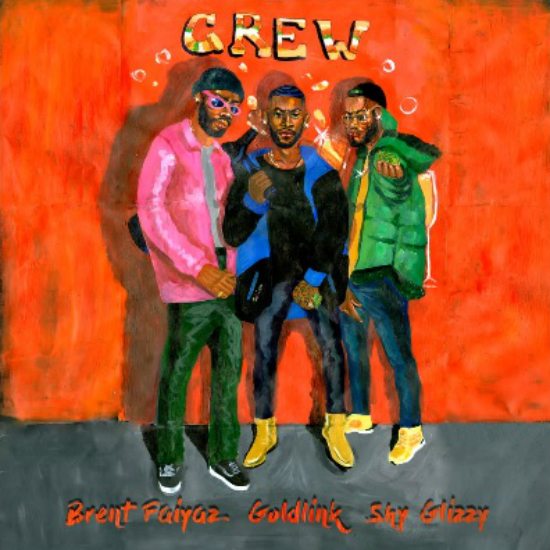 GoldLink is no stranger to sharing his adventures and lessons in love. This time, however, he’s not pining over a chick like on “Fall in Love” or lamenting a past relationship like he did on “Rough Soul.” Instead, he’s just riding out with his “Crew” -- comprised of Brent Faiyaz and Shy Glizzy -- and looking for some groupie love.

Over a midtempo R&B groove, GoldLink and “Crew” lay their mack down with aggressive flows. The track starts with Brent painting the picture with the chorus, “She see money all around me / She think I’m the man / But I was down and out last week / Where have you been" ...“Don’t act like I’m your man / You’re just a fan.” From there, GoldLink gives us a frenetic flow while providing us the lowdown on how life’s been before spitting his game, professing that he's “pushing on the p***y like a button.” Shy Glizzy follows with a similarly raunchy verse to further set the mood, articulating “Ain’t nothing wrong with fake asses / B***h turn around, let’s make magic.”

“Crew” is our first loosie from GoldLink’s upcoming project due sometime in 2017. There’s no release date or even title for the album at this time. Considering the strength of GoldLink’s debut album, And After That, We Didn’t Talk, and other songs he’s shared over 2016, his new project can’t come soon enough.