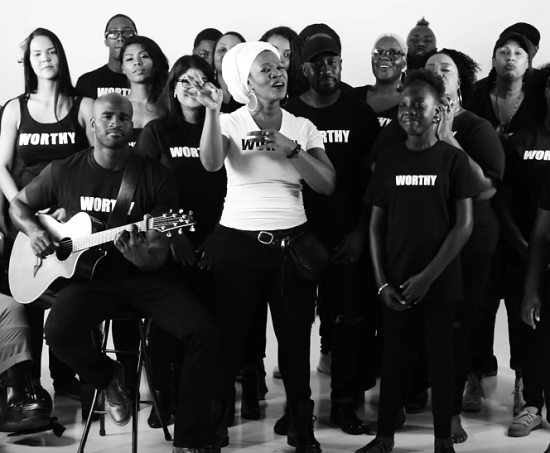 Ever the beacon of peace and positivity, India.Arie brought us a soothing and uplifting message when she released her single "Breathe" over the summer. The song, inspired by Eric Garner and the Black Lives Matter movement, offered comfort to those who find themselves lost in these tumultuous times. She then reminded us of her message when she played the song alongside Erykah Badu at this year's Soul Train Awards.  Now, she brings the song to life once more with an official visual for the song.

Similar to the acoustic video that she released to promote the single, the song's official clip is filmed in black and white, allowing the song's message to take center stage. India is front and center, looking regal in her signature headwrap as she (and the rest of those featured in the video) rock shirts with "Worthy" emblazoned across the chest. Paired with the song's uplifting message, it makes for a simple yet powerful message. And to bring home her message of unity, she ends the clip with an inclusive acoustic sing-along, showing that when we all come together, we can make beautiful music together.

According to India, "Breathe" isn't the only thing she's cooked up, with an EP set to arrive in the near future. Check out the video for "Breathe" below.