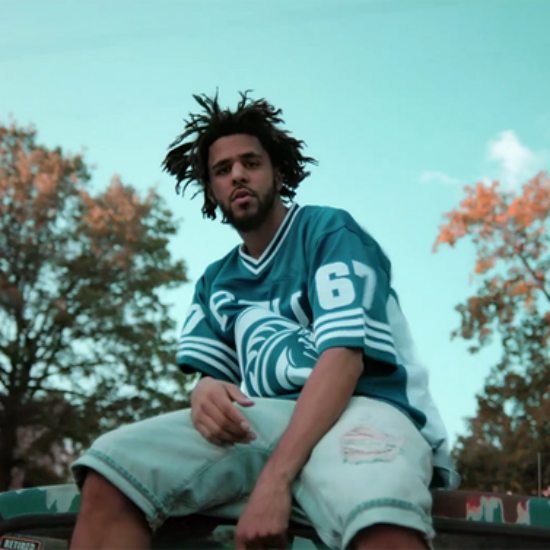 A few weeks ago, when Kanye West was ranting about Jay Z, Beyoncé, Secretary of State Hillary Clinton and others before he was hospitalized, the “Fade” rapper begged Jigga not to send his shooters after him. Who would have guessed that the shooter in question would be J. Cole?

The North Carolina-native has popped up out of nowhere with the news of his new album, 4 Your Eyez Only, dropping next week and the release of two new singles, “False Prophets” and “Everybody Gotta Die,” with his sights squarely set on Mr. West and few other high name rappers. Yeah, he told us back in October at Meadows Fest that he wouldn’t be performing again any time soon, but it seems like young Jermaine was only toying with us. Or maybe Hov made a few calls to encourage his young charge to handle his light work.

Over a jazzy groove, Cole spits hot fire and bitter truths about his former idol: “When he tell us he a genius but it’s clearer lately / It’s been hard for him to look into the mirror lately / There was a time when this ni**a was my hero maybe / That’s the reason why his fall from grace is hard to take / ’Cause I believed him when he said his shit was purer and he the type of ni**a swear he real but all around is fake.” Kanye’s not the only one to get hit. Some think Cole is also coming at Drake with the line “Maybe it’s my fault for idolizing ni**as based off the words they be rapping / When come to find out these ni**as don’t even write their s**t / Hear some new style bubbling up, then they bite that s**t.” Also, Jermaine talks about a friend who’s so blind he can’t see that fans love and adore him? Wale possibly? The damage continues on the track, “Everybody Gotta Die,” where J. Cole comes for th “Fake deep rapper,” “OG gatekeep rappers,” “amateur eight week rappers,” “lil whatever, just another short bus rapper” and “Fake drug dealers turn tour bus trappers.” The only people getting by unscathed in his assault on the rap game are Hov and Pastor Shirley Caesar. We guess there are some battles you just don't want.

In addition to the new tracks, J. Cole also released a 40-minute documentary, Eyez, where we get to see the artist working in the studio, videos for the album’s first singles and just chilling with everyday people. He even takes a few fans inside the studio sessions and gives them a special preview of the 10 tracks that will be on the album. While a TIDAL exclusive, both subscribers and nonsubscribers can view the clip.

While we're not in favor of hitting someone while they're down, which seems to be the in-thing for rappers to do now, we're still looking for the lie in any of J. Cole's statements. It's tough love coming from a fan of rap music, something that all of us can relate to. 4 Your Eyez Only will be released on December 9th and is currently available for pre-order on iTunes.