Kameron Corvet Gives His Best On ‘Throw The Rest Away’ 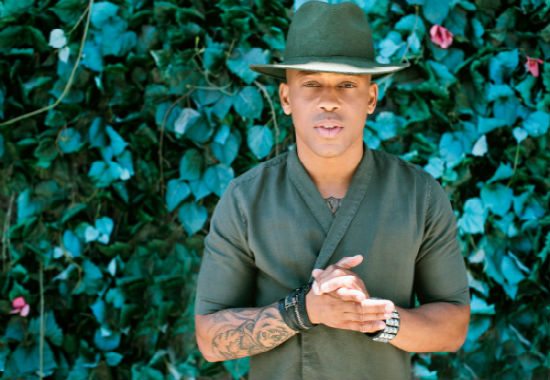 We’ve been rocking with Kameron Corvet for a minute now. Over the years, he’s become known for a few things. His flawless blending of an array of musical genres, including pop, rock and soul, to craft his sound. His pristine, yet edgy vocals, laced with his signature falsetto. His crazy guitar riffs, whether acoustic or electric. His masterful songwriting, with lyrics that have warmed our hearts and broken them at the same time. Every single one of these elements are found in his latest single, “Throw the Rest Away.” The track with its delicate keys, penetrating bass line and standout saxophone work seemingly mimic Kam and are as smooth as he is as he sings on the chorus, “Why don’t you ignore the truth, be confused / Take what you can get and then throw the rest away.” Nah, we think we’ll take, and keep, every last bit of this.

“Throw the Rest Away” is the first release from Corvet's upcoming EP, Early Riser, due out in the spring of 2017. This beautifully laid track was written by Kam, and features Darrell Freeman (who's worked with Tamela Mann, Jonathan Butler and Lil' John Roberts) on bass and Mike Burton (who's played with Jill Scott, PJ Morton and Anita Baker) on saxophone.

If you'd like to contribute to making Early Riser a success, you can donate to his KAMpaign on GoFundMe. Corvet is seeking to help secure funds to market Early Riser, which is currently finished and is described as, “a musical experience that takes listeners on a journey of thoughts during many late night drives.”

Yeah, we’re gonna need this experience in our lives, so be sure to hit the "Donate Now" button on his Early Riser KAMpaign right now. Get a preview of what’s to come right here, and purchase the “Throw the Rest Away” on Amazon or iTunes.