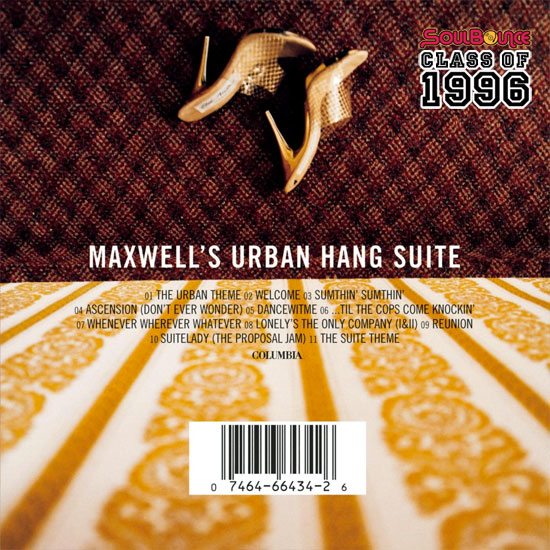 Twenty years ago, as more and more R&B artists were flocking to embrace hip-hop, a small collective of artists emerged who dared to make contemporary R&B with classic sensibilities. There had been D'Angelo's Brown Sugar and Groove Theory's self-titled debut a year earlier, both of which brought forth fresh, new sounds for music lovers. So when a fluffy-haired New Yorker known simply as Maxwell seemingly appeared out of nowhere with his video "...Til the Cops Come Knockin'," everyone wanted to hear more from the mysterious figure who grinded and seduced us as he rolled around on the floor.

Although Maxwell's Urban Hang Suite had quietly dropped in April 1996, it wasn't until the album's second single, "Ascension (Don't Ever Wonder)" dropped in late July that people sat up and gave him their undivided attention. Music fans just couldn't get enough of the mid-tempo groove as the shy newcomer effortlessly enticed us to recall a time when the instrumentation and vibe were just as important as the person behind the music itself. His approach to music worked in his favor, as "Ascension" debuted at No. 11 on the Hot R&B Singles, where it remained for 29 weeks, peaking at the No. 8 spot. The album's other singles "Sumthin' Sumthin'" and "Suitelady (The Proposal Jam)" only further cemented Maxwell's place on the music charts, radio airwaves and the hearts of fans the world over. Within a year of its release, Maxwell's Urban Hang Suite had been certified platinum (it ultimately reached double platinum status in 2002, seven years after its release).

It was no accident that the influences of classic soul were so evident on Maxwell's Urban Hang Suite. After all, he had called on the expertise and creative talents of Marvin Gaye collaborators Leon Ware and Melvin "Wah-Wah Watson" Ragin to work with on the album that told the story of a chance encounter with an unidentified paramour. Maxwell's Urban Hang Suite also presented Maxwell with an opportunity not many newly-signed artists regularly receive from their record label: creative control over the process. Though nervous about the album's break from the music trends of the time, his label Columbia Records still gave Maxwell the freedom to create the album that he wanted, right on down to his refusal to physically appear on the album's cover. Two decades later, we're sure those music execs are still counting their lucky stars that they took a chance on Maxwell, as singles like "Ascension" and "Sumthin' Sumthin'" remain in regular rotation on classic R&B radio and still elicit the loudest cheers whenever the singer performs them in concert.

The impact that Maxwell and his debut had on the music industry is undeniable. He is now considered one of the architects of the neo-soul movement and ultimately received his first GRAMMY nomination in 1997 for the Best R&B Album category. Rolling Stone dubbed him the 1996's best R&B artist and Maxwell's Urban Hang Suite earned a spot in the book 1001 Albums You Must Hear Before You Die. More importantly, it launched the career of the enigmatic singer, who has since gone on to release five studio albums in total and a live album while nabbing countless awards over the years. Not bad for a church kid from Brooklyn, if we do say so ourselves. 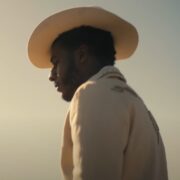