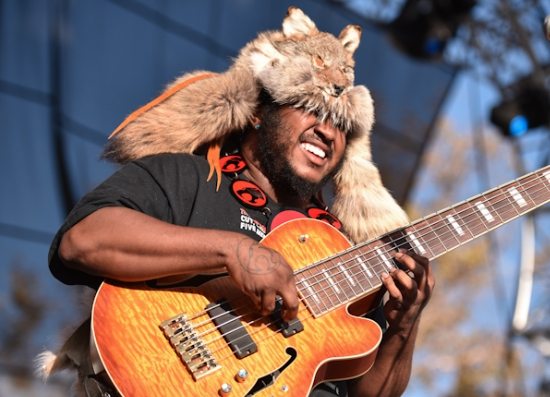 Outside of being that bit of magic on a few albums that dropped this year, bassist and singer/songwriter Thundercat kept a pretty low profile for much of 2016. In fact, the only solo newness we got from him was the quirky jam "Bus In These Streets." Look for that to change in 2017, though, as the respected musician has announced that he'll be embarking on a major headlining tour of North America and Europe at the top of next year.

Starting with a two-night stand at San Francisco's The Independent in February, the tour will find him hitting the stage all over the United States, Canada, Europe and even a date in Israel through the beginning of April. He'll be hitting major cities like Chicago, Toronto, New York City, New Orleans, Dallas, Berlin, London and Paris, as well as a few smaller towns, so chances are that if you're a Thundercat fan, you'll definitely be able to see him in a city near you.

Of course, with a tour this massive, speculation about a possible new project coming from Thundercat's way is high. However, with no further word from his camp, we can only hope. In the meantime, you can check out all of Thundercat's tour dates below and get linked to purchase tickets on Ninja Tune's website.


TAGS:  thundercat
Previous: Morning Soul: You Putting In All That Work Next: Ro James Keeps It Hot At NPR Music’s ‘Tiny Desk Concert’