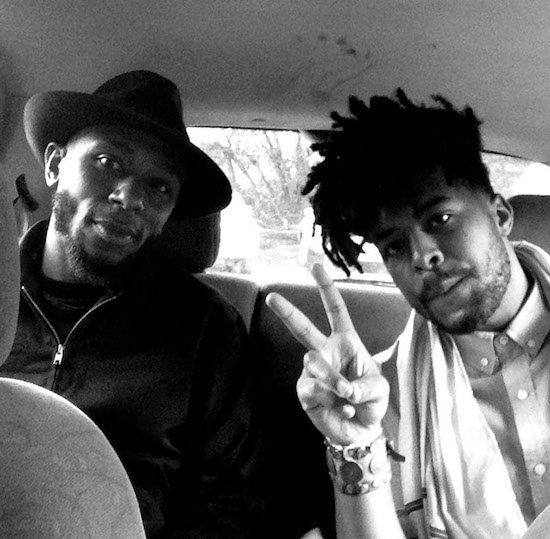 To say that it's been an interesting year for Yasiin Bey (aka the artist formerly known as Mos Def), would be an understatement. After being prevented from leaving South Africa for much of 2016 due to discrepancies with his passport, he was finally allowed to leave last month. After announcing his retirement from the music game, he wasted no time in diving back in for what would ultimately be his swan song, which includes three albums and a spate of farewell dates. Last night, he made good on his word with the release of the first album, a collaboration project with journalist Ferrari Sheppard under the group name Dec. 99th.

The project titled December 99th was initially supposed to drop December 9th, to keep in line with the group's name, however for reasons unknown that date came and went with no album. All of that changed when sometime during the night, the album dropped on TIDAL. The 9-track project finds Sheppard donning his producer hat to create the hauntingly grungy, electro-inspired sound. For his part, Bey continues with his usual style that blurs the lines between rapping and singing. While songs such as "Blade in the Pocket" can be heard in full, to hear the album in its entirety, you're gonna need a TIDAL subscription. Hopefully, the project will eventually make its way to other streaming platforms, but for the time being, we will have to deal with TIDAL.

The release of December 99th wasn't the only thing popping for Bey last night; he also made his long-awaited return to the stage during his homecoming show at Harlem's Apollo Theater. Blazing through classics such as "Umi Says," "The Panties" and "Simon Says," he was joined onstage by Slick Rick and Pharoahe Monch for part of the show.

Next up for Bey is another show at the Apollo tonight (December 22nd), in addition to what he says will be his final U.S. shows ever at The John F. Kennedy Center. He also has two more projects in the pipeline, including his long-rumored collabo project with DJ Mannie Fresh called As Promised and a solo album called Negus in Natural Person. As we continue to wait on those, however, we can at least enjoy this December 99th album (if you're a TIDAL subscriber, of course). Also, we can get into this recording of last night's Apollo show that appeared on YouTube. You may want to act soon though because we're not sure how long this one will be up.