Alicia Keys & Kaytranada Get Together For Some ‘Sweet F-in Love’ 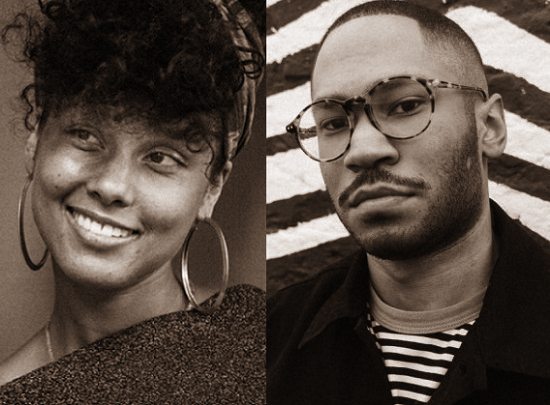 Baby, it's cold outside. However, the bright side about cold, snowy weather is that it leads to increased amounts of sexy time for lovers in close quarters. Alicia Keys, fresh off the release of her latest album HERE, has decided that she wants to provide the soundtrack for the cold evenings that lead to hot nights and she's tapped none other than Canadian beatsmith Kaytranada for her latest loosie "Sweet F-in Love."

The track, which was shared last night by Alicia's hubby Swizz Beatz, starts off in Alicia's wheelhouse, with the soft strains of piano, echoing of snare drums and a slight bass line. "I'm talking 'bout sweet / Sweet f-in love," Alicia sings sweetly as she adds her airy vocal into the mix. But, just in case you forgot that Kaytranada was involved with the track, things quickly pick up as the groove becomes a quick-paced shuffle that reminds us a bit of a sensual disco jam. The song plays with tempo, going from fast to slow — even allowing Alicia to get in one of her signature spoken interludes —as Alicia vamps on the song's sole lyric before letting go of her self-censoring at the track's end and singing the song title's implied expletive.

While Alicia and Kaytra aren't a combo we ever put together in our heads, they work fairly well together here and have us wondering if other collaborations might be in the works. Check out "Sweet F-in Love" below and look for Alicia to return on the next installment of The Voice, which begins on February 27th on NBC.