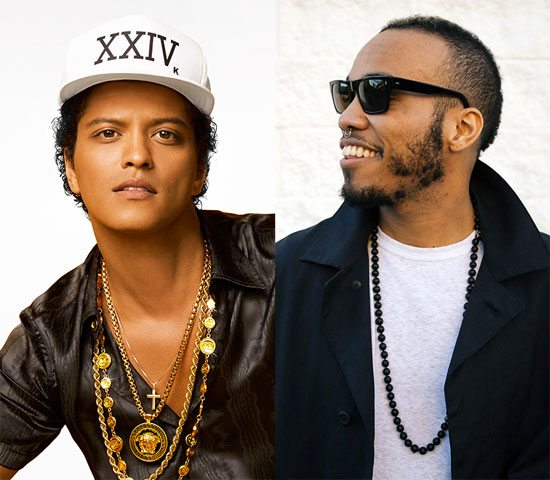 Last year, Anderson .Paak slid into the mainstream and the charts with his Dr. Dre-backed album Malibu. He's since toured all over the world, earned GRAMMY nominations and released Yes Lawd!, his project with Knwxledge as NxWorries. Now that he's earned respect and co-signs across the board, one may argue that he could rest on his laurels but such is not the case. The drumming crooner will be joining Bruno Mars on the European leg of his 24K Magic World Tour, which kicks off on March 28th. No stranger to entertaining fans old and new on the road, the tour will take the two from Belgium to Italy until mid-June. After Bruno announced the addition of .Paak to the tour, he took to Twitter to give a nod to Bruno and his pinky rings.

The perfect mix of energy and swag, the tour may easily become one of the most entertaining shows of the year. Bruno Mars has been living on the charts with his latest album 24K Magic and tickets for his world tour are naturally going fast. His entire tour will span 85 dates, putting him on the road until November. With the addition of .Paak on the European leg, if you're across the waters you may want to get your ticket right now on Bruno's website. You can check out the European dates below and follow .Paak's suit by matching your accessories with your Versace before you catch the energetic show.