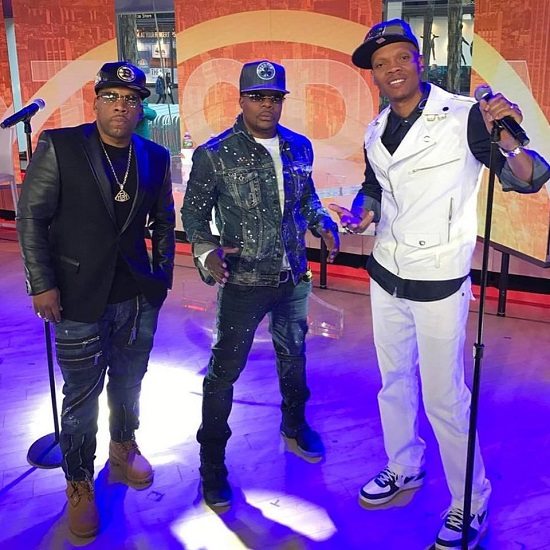 If you're a New Edition fan, then this is more than likely a big week for you. Starting tomorrow (Tuesday, January 24th), the three-night miniseries The New Edition Story — which is set to chronicle the group's many ups, downs and in-betweens — will air on BET. But that's not all. Ricky Bell, Michael Bivins and Ronnie DeVoe, better known as hitmakers Bell Biv Devoe, will drop their fourth album Three Stripes this Friday as well. To that effect, they've dropped one last single, "I'm Betta," before the set hits stores.

Similar to "Run," "I'm Betta" is a fusion of old and new, with the fellas kicking game over a Kay Gee production that brings their '90s-style sound into the present day. The bass line is pushed out in a rolling loop as boom bap drums, scratches and synth stabs set up the groove. From there, Ronnie and Mike lay down a rap as they let a lady know they're the man she's looking for. However, it's Ricky that takes the verse, laying out exactly why he's the man she needs while asking the pertinent questions. "Where's your man when he's not around? Are you OK with the things he do? Are you cool being number two?" The fellas might not be Trey Songz, but it looks like they'll steal your girl all the same.

You can check out "I'm Better," which is available for immediate download along with "Run" and SWV duet "Finally" when you pre-order Three Stripes on iTunes. And, if you're feeling nostalgic, you can also catch the fellas throwing it back to 1990 with a performance of their seminal hit "Poison" on the Today show below.