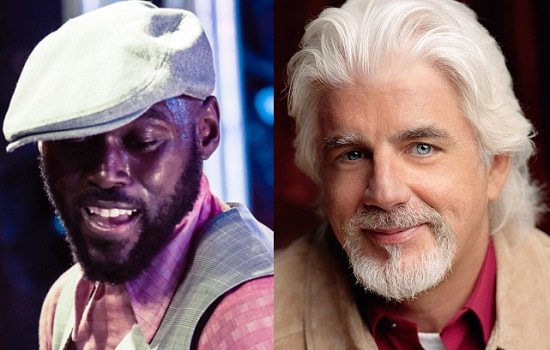 New era soul man Brian Owens has a lot lined for up for the new year. This is especially true since he'll mark the release of his next album, The Soul Of Ferguson, on February 24th. He's also made a musical connection with legendary Doobie Brothers singer Michael McDonald, who also happens to be a native of Ferguson, Missouri for the set's lead single, a soulful little number that they're calling "For You."

The song finds Brian and his band, The Deacons of Soul, recreating the Motown sound of groups like The Four Tops and The Temptations, with rhythm guitar, strings, horns, drums and piano all melding together to create a feel-good atmosphere.  It's the perfect sound for Motown enthusiast McDonald, who starts the song with his signature vocal that we've come to know and love. However, Brian proves to be no slouch either, singing the second verse and eventually matching Michael note for note (and even employing a bit of falsetto for good measure), to make this an electrifying duet.

Speaking about the song, Owens told Rolling Stone, "It is rare for me as an artist to have the opportunity to share the mic or express my gratefulness to my musical heroes, given that so many of them have passed. To have the opportunity to do both with Michael McDonald on a song that so encapsulates our shared love of soul music and humanity is a blessing on so many levels."

You can check out "For You," which will be available digitally this Friday, right here.


TAGS:  audio, Brian Owens, michael mcdonald", The Deacons Of Soul, the doobie brothers
Previous: Gwen Bunn Sings Through The Pain On ‘See You Again’ Next: SiR Takes Donell Jones’ ‘Where I Wanna Be’ To A Different Place