Chris McClenney Paints A Musical Masterpiece With ‘Portrait In Two’ 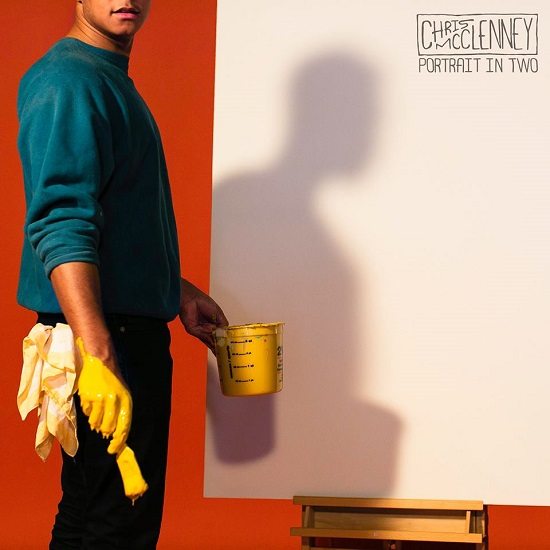 Chris McClenney has been making a name for himself as a producer with the Soulection crew and a remixer in his own right (just ask our boy GoldLink), but we shouldn't forget that he's also an artist, too. We learned that back in 2015 when Chris dropped his infectious single "Tell Me." Since then, Mr. McClenney has been hard at work on what would become his debut EP, Portrait In Two, and he's finally unleashed the full set for our enjoyment.

The most impressive thing about Portrait In Two is that it's all Chris. By that, we mean the 23-year-old wrote, performed, produced, arranged and mixed everything that you hear on the EP, making each song a very personal endeavor for Chris, which shows in the music. It opens with aptly titled intro "Consciousness," an interlude that finds Chris sifting through the many voices inside and outside that both encouraged and dissuaded him during the process, eventually ending with his own clear voice coming through loud and clear. It's a theme each of the set's interludes takes on, providing a narrative throughline as the songs switch.

Speaking of songs, Chris comes pretty correct here while representing each musical aspect that makes up his sound. Standouts include "Headlines," which tackles the effects of social media over a bouncy electronic beat that's shored up by Chris' piano skills near the end. Then there's mid-tempo jam "What You Mean To Me," which features piano much more heavily as Chris serenades and seduces the listener while also tapping into to his admirable falsetto. Also of note is the electro-boogie of "Glide," which takes things back with a bit of '80s-influenced funk, complete with thick bass and blaring synths that reach far beyond Chris' tender age. Other tracks, like "Otherside" and EP-closer "Gravity," tap into the set's theme of introspection while also showcasing a skill for songwriting that's sure to take Mr. McClenney far.

If we're forced to nitpick, there are a handful of gripes (some songs could afford to be fleshed out just a smidge more musically and the interludes, while effective, tend to run longer than needed), but it's an overall solid body of work from someone who most definitely has a very bright future ahead of him. And, based on the letter he wrote about the project, we can safely say he far exceeded his goals and has given us one of the most genuine and heartfelt debuts to come out in a while.