Faith Evans Keeps The Notorious B.I.G. Alive With Two New Tracks From ‘The King & I’ 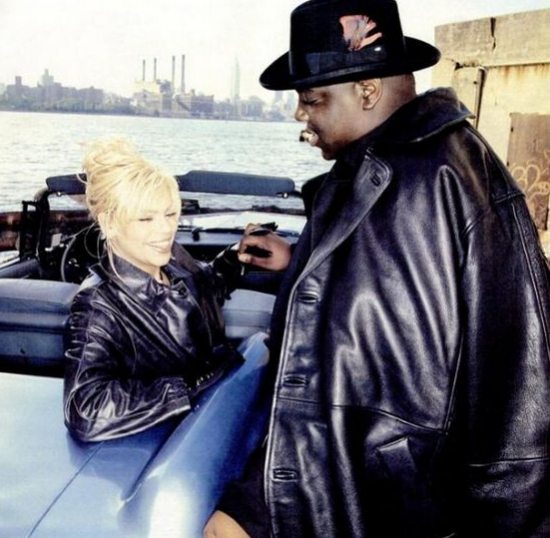 If you were alive during the '90s, chances are you remember the tumultuous romance shared between Faith Evans and her husband The Notorious B.I.G. Though it was without a doubt no fairy tale (hell, even the revisionist history of Biggie's 2009 biopic Notorious couldn't clean up all the messiness that went down between the two), the love that the couple shared was quite obvious. Faith threw out the idea of a possible duets album between her and her late husband last year and a pinned tweet from August confirmed it. Now, it looks as if we might see the project, appropriately titled The King & I, sometime this year, especially since two full songs from the set have been leaked.

First up is "NYC," which features Jadakiss and is named after the place where they all came up as artists. The minor key arrangement and old school beat have things sounding like it's the early '90s all over again, which serves the song fairly well. Over the boom-bap beat, Biggie lives again courtesy of raps lifted from his 1993 "Mumbling and Whispering" freestyle. Meanwhile, Jadakiss actually makes up most of the song's vocal, rapping about the city that made him and his relationship with BIG while keeping things relatively grimy. Faith mainly contributes ad-libs here and there before giving it to us on the chorus.

The second leak, "When We Party," switches up coasts on us, taking us to Cali and inviting Long Beach's own Snoop Dogg along for the ride. This time around BIG's raps from "Going Back To Cali" are used over a track saturated with party vibes and West Coast funk. The focus here, just as with "NYC," is more on Biggie and Snoop, with the verses edited to make it seem as if the two rappers are trading verses back and forth. Faith again comes in for ad-libs and the chorus, though this time around she does start the track and keeps the party vibe going with her infectious vocal.

Details about The King & I have been relatively scarce (Is it a full-length album? An EP? When is it dropping? Are we going to get unreleased verses from BIG?), but getting to hear a couple tracks is definitely a good sign. Sure, we were expecting a lot more Faith to appear on a Faith and Biggie duets album, but we're not necessarily mad at what we've gotten thus far. However, we hope to hear more of the singer and her late hubby's natural chemistry without the aid of guests on the next releases from the album. Check out both songs below and let us know what you think of what we've gotten so far.


TAGS:  audio, faith evans, jadakiss, snoop dogg, the notorious b.i.g.
Previous: Body Remix: Get Up, Get Moving, Get More Out Of Life Next: Sampha Paints A Poignant Picture Of Loss With His ‘Piano’