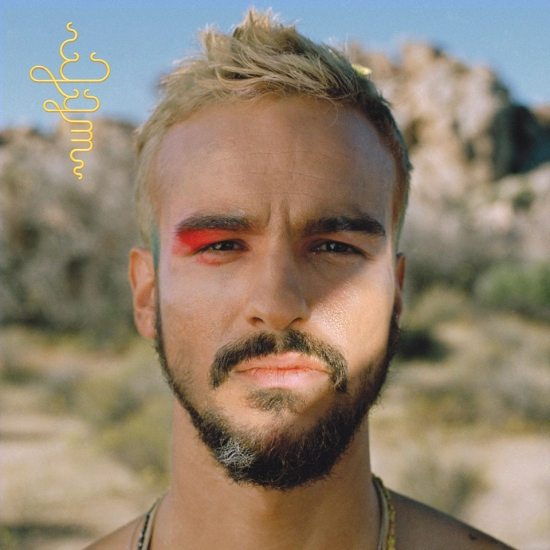 The first that most folks heard from Gabriel Garzón-Montano was his debut EP, Bishouné: Alma del Huila. The set introduced us to a soulful singer-songwriter who effortlessly blended elements of pop, soul and funk to create his own unique sound. And while there were many standout moments, perhaps best known from the EP is his romantic lullaby "6 8," which was famously sampled by Drake for his If You're Reading This It's Too Late track "Jungle." Needless to say, expectations are high for his official full-length debut, Jardín. On the set, he definitely returns with his strong sense of songcraft and unique style, but is it enough to further propel his quickly rising career beyond simply being a Drake footnote?

Well, we'll get to that answer soon enough, though it's worth noting that none of these songs, save for maybe the catchy "My Balloon," are seemingly aimed at the top of the charts. Instead, Gabriel doubles down on the intimate, almost brooding pop soul that made him so endearing on Bishouné. Only the singles — "Sour Mango," "The Game" and "Crawl" — venture into mid-tempo range and even then, you wouldn't be looked at too crazily if you wanted to slow dance to it either. However, what is evident here is that Gabriel actually wants you to pay attention to the song as a whole, from his carefully thought out lyrics to the slight musical flourishes that bring the tracks to life.

Jardín gets off to a somber start with "Trial," a string-laden lament where a world-weary Gabriel contemplates life and dreams of fame. "Maybe I'll learn the rules / Make out like the fools," he sings, wondering his choices out loud. "Maybe I'll hide away in a daze / A life without pain." From there, he balances his soundscapes between outright melancholy and upbeat joy, playing with all the emotional shades and colors in-between. The poetic lyrics on tracks like "Sour Mango," "Fruitflies," "Long Ears" and "Crawl" run the gamut of topics — from the sweet-sour taste of indecisive love to the sting of dreams deferred and the simple joys of an intimate encounter. Then there are songs like "Bombo Fabrika," which takes a foundation that doesn't sound too much unlike a late '90s R&B slow jam and flips it on its head into something altogether different.

Along the way, it's impossible not to pick out Gabriel's influences, from D'Angelo to Prince to other well-known singer-songwriters and soul men. Still, he manages to keep everything true to himself throughout. So, back to that question, will Jardín help expand upon the notoriety that Drake sampling brought him? Honestly, it doesn't need to. Jardín reveals an artist sure of himself and his craft. There's a lot to love here, making Gabriel's Jardin one of true beauty.