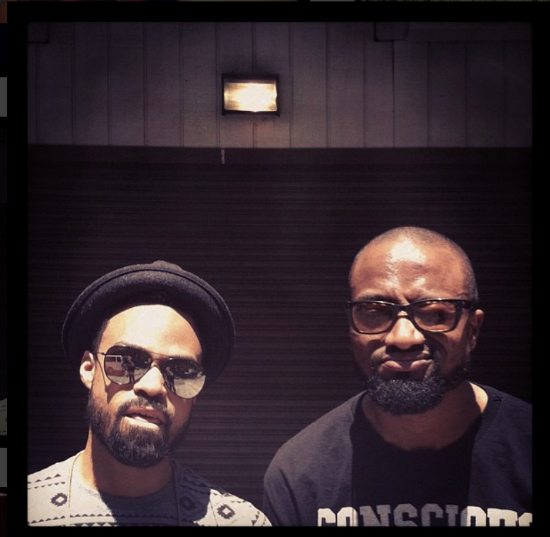 After having a brain aneurysm, it's tough to get back in the studio and produce. That's the case for Philly artist Hezekiah, who unexpectedly found himself in the hospital last year. Luckily, the singer/rapper is slowly recovering and, while he takes it easy, decided to dust off some unreleased music from his hard drive. One of the tracks, which appears on his latest EP GODS, is "Against The Odds," featuring longtime friend and fellow artist Bilal.

With a haunting sample in the beginning, the somber track offers commentary on racism, activism, religion and more. "What if there were no n****s / Only master teachers?" Hezekiah raps. And after he wraps up his bars in a conscious bow, Bilal sings the uplifting chorus in his signature smooth tone over the dark instrumentals. We suggest that you listen to "Against The Odds" on repeat so you can catch all that Hezekiah and Bilal are throwing at you.

Against his own odds, Hezekiah's been staying busy with his solo project and his group Johnny Popcorn (with Jani Coral and Lloyd Alexander). He just released GODS, the follow-up to 2016’s Totem Pole, on January 20th. Along with Bilal, the new project features Peedi Crakk, Freeway, Blu, T3 of Slum Village, Queen Jo, STS, Ishe and The Bul Bey. You can purchase GODS on Bandcamp and check out Hezekiah and Bilal's latest single right here.