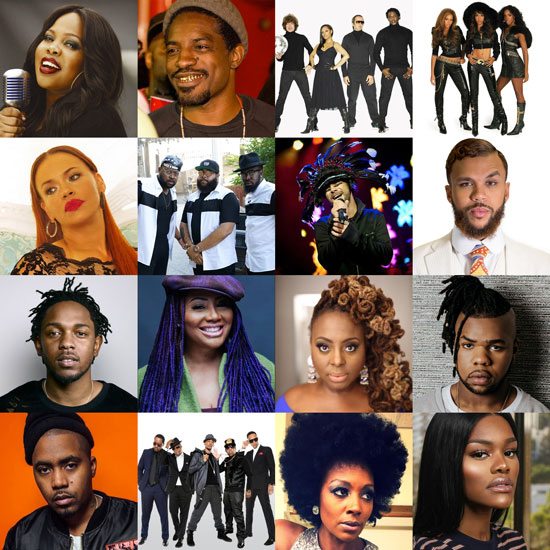 Another year is here, which means that we have a lot of new music ahead of us. There are a few confirmed releases on the calendar that we're really looking forward to, such as newness from Omar, Kehlani and Bell Biv DeVoe (coincidentally all dropping albums on the same day). And then there are artists who we don't have any album release dates, news or information on whatsoever, but that's not stopping us from shining a bright spotlight on them to let them know that their musical services are required in 2017.

For the third year in a row, we looked long and hard at our music collections and took inventory of who was missing and needs to drop a whole project (not just a single), and we've compiled our wish and prayer lists together into this Hot 16 list of 16 Artists Who Need To Release New Albums In 2017. There's no pressure on the artists you'll read about on these pages; they have a whole year to come through with something new and their fans will be thankful that they did.

Although we're still waiting on projects from a number of artists on our 2015 and 2016 lists (no shade, Missy Elliott, Elle Varner, Brandy, Raphael Saadiq and others), we suspect that a few will bless us with albums this year before they get called out — again. In the meantime, check out our latest group of artists whose albums we want to put in heavy rotation immediately and let us know who's on your list.