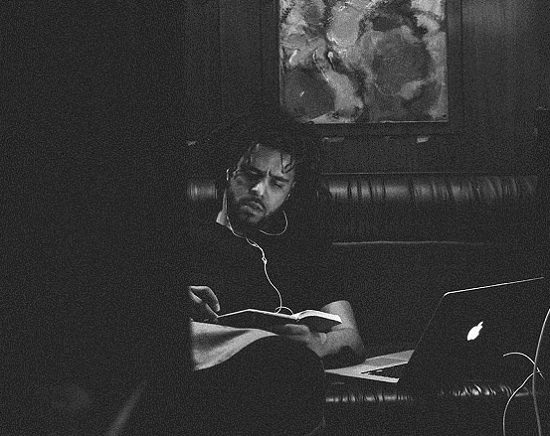 J. Cole shocked his fans last month when he dropped his surprise album 4 Your Eyez Only on December 9th. However, the 10-track set resonated, giving the third highest album of 2016 and a gold certification (all, of course, with no features). That being said, what's resonated as much as the songs on the set have been the loosies surrounding the project, namely "False Prophets" and "Everybody Dies." On Monday, Cole added another loosie to the group with his socially conscious track "High For Hours."

"High For Hours," which is produced by Elite and Cam O'bi, finds Cole waxing both political and social as he talks about ills and situations that are on his mind — especially as it concerns America, and specifically African-Americans. As the smooth beat bumps, he describes his thoughts on religion, the killing Bin Laden, change and whether or not revolution can be achieved (or if it's something that we actually want). Perhaps the most talked about portion of the song, though, is where he details a conversation he had with President Barack Obama about the plight of the hood. If it seems that none of this really has anything to do with "getting high," that's because it really doesn't. However, as he explains on the chorus, the thoughts, questions and concerns running through his mind are "the type of s**t that make you wanna get high for hours." Deep.

With so many singles that weren't attached to 4 Your Eyez Only, you'd think that maybe there might be something else coming down the line — and with J. Cole, you never really know. We'll be on the lookout for any hints of crumbs of that, and while we are you can check out "High For Hours" below.