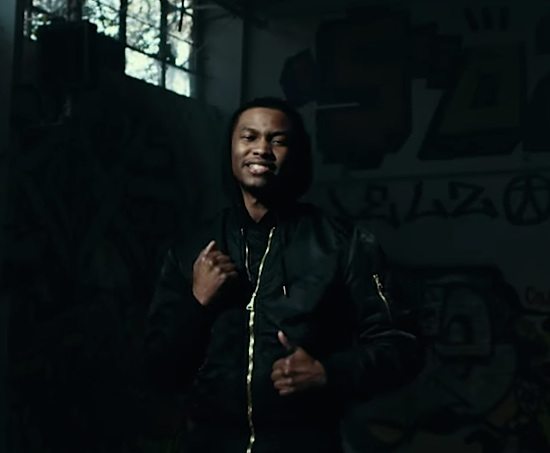 We're only a couple of weeks into the new year, and we've already got our first artist to watch for 2017. After landing on our radar thanks to his A Seat at the Table redux, Nick Grant is already poised to be one of 2017's success stories with his full-length debut, Return of the Cool, which dropped on Friday, January 13th. While such a move would likely be avoided by the superstitious, Grant boldly shunned any bad luck, with the album drawing acclaim since its release.

Earlier this week, he was introduced to television audiences when he appeared on The Late Show with Stephen Colbert where he was joined by WatchTheDuck to perform a medley of "Love" and "Get Up" from the album. Keeping the momentum going, he also just released the video for another of the album's singles, "Luxury Vintage Rap." As the name suggests, it's more akin to classic hip-hop than the current trap sound that is reigning supreme on airwaves. Instead, the song's grimy sound is reminiscent of '90s-era rap, which is no coincidence considering it was produced by Organized Noize, the legendary forces behind Outkast, Goodie M.o.b. and TLC, just to name a few.

The video keeps the homage going with images that seemingly defined hip-hop videos two decades ago as we see Grant rapping in a dank, abandoned building before donning a mask, grabbing a can of spray paint and tagging the walls. He writes the names of hip-hop notables like Notorious B.I.G., Slick Rick and Andre 3000 before finally adding his own name to graffiti-covered wall at the video's conclusion.

Grant's debut album is in stores now and also features appearances from BJ the Chicago Kid, Dominic Gordon, B. Hell, Miloh Smith and Poonana. Peep his music video and network television debut below to find out why this South Carolina native has industry insiders buzzing.