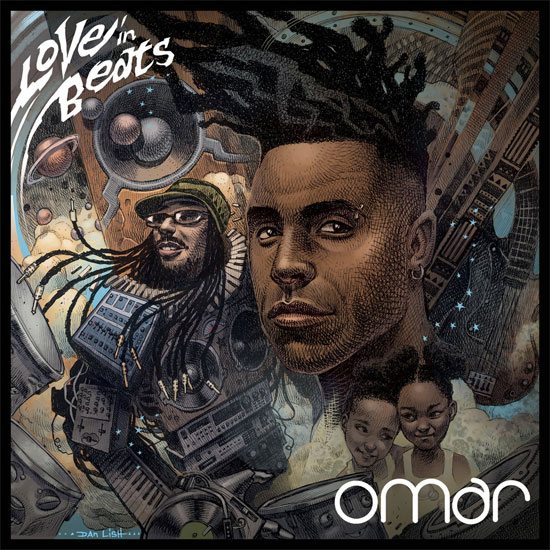 It's been four years since the release of Omar's last album, 2013's The Man. Four years isn't that long of a wait, considering that we've waited longer (glares in D'Angelo and Maxwell's direction), but Omar isn't one to rest for long on his musical laurels. Thankfully, the wait for new music from the man himself will end soon. Love In Beats, Omar's eighth studio album, will arrive in a matter of weeks on January 27th.

After tiding us over with the lead single "I Want It To Be" and the I Want It To Be EP last June, Omar has cooked up a full-length project that we cannot wait to get our hands on. When Love In Beats is released, it will feature 12 songs and a who's who of guest artists. Making cameos on the album are GRAMMY winner Robert Glasper, Leon Ware, The Floacist, Ty, Natasha Watts, Mayra Andrade and Jean-Michel Rotin. Love In Beats will also be a family affair, with his twin daughters, Gabrielle and Carmen , joining him to sing on the song "Girl Talk" and with the presence of another song, "Vicky's Tune," named after their mother, his long-time partner Vicky Moteane. An illustration of Gabrielle and Carmen is also included on the album's artwork beneath their father's face.

Love In Beats will be released on Freestyle Records and is available for pre-order from Amazon, iTunes and Bandcamp. Check out the tracklist to see what treasures await. In the event that you slept on "I Want It To Be," get your priorities straight and listen to it right now.