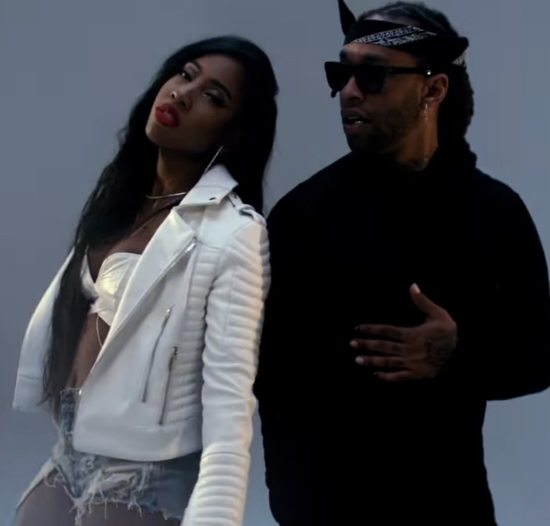 It seems like New Edition is still on everyone's brain after BET debuted the three-night miniseries last week. Apparently the fellas were heavy on Sevyn Streeter's mind when she decided to pay homage to one of their classics in her new single, "Fallen." Featuring Ty Dolla $ign and Cam Wallace, the songstress infuses New Edition's "If It Isn’t Love" into the track from her album, Girl Disrupted. The slow-tempo single is all about physical seduction and naturally gets a set of sexy visuals to match.

In the video, Sevyn plays a temptress. With stunning images of the singer in white lingerie, Sevyn is well on her way to getting what she wants. Featuring sultry dance moves and some dropping it low, Sevyn provides quite an eyeful in the Mike Ho-directed video that features beautiful imagery of roses, clouds and waterfalls in the background. Ty shows up in the video, all decked in black, reflecting the sensual energy from his muse as he sings about her nether regions. Ty provides his scandalous vocals while Cam, who doesn't appear in the video, spits witty verses. In one amusing lyric, Cam, who also produced the track, mixes up Jodeci and Johnny Gill accidentally on purpose to hilarious effect.

"Fallen" follows previous singles "Prolly," "My Love for You," "D4L," and "Before I Do" from Girl Disrupted, which was supposed to be released on January 27th but appears to have been pushed back. Sevyn Streeter Girl Disrupted Tour is right on schedule and happening now before wrapping in Los Angeles on February 12th. You can purchase "Fallen" on iTunes, stream the single below and then watch the hot visuals to see if you can resist Sevyn's charms.