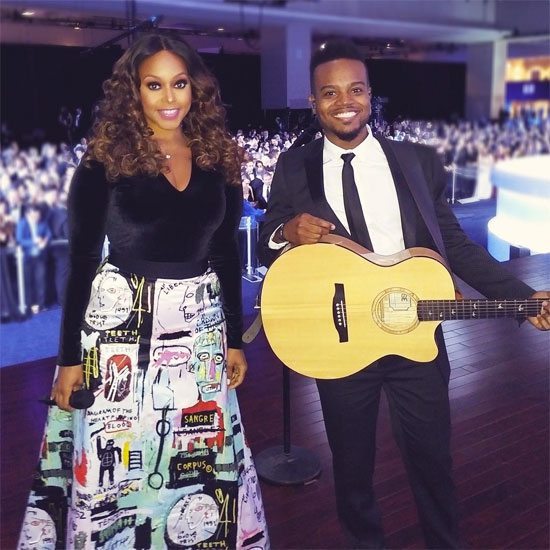 D-Money: Aiight, so your girl Chrisette Michele is back to pulling stunts and shows. Except this time she’s decided to go all Def Poetry Jam on us with “No Political Genius.” Sadly, I don’t think she realizes that nobody in their right mind would dub her any kind of genius at this point.

Ken Hamm: The insults are writing themselves.

Butta: And we got time today.

D-Money: So, since I guess she wants folks to talk about her, what do you think of her most recent grab for attention?

Butta: Lawd, I had really hoped that she would have fallen back after this bad decision, laid low, hoped people forgot about that poorly written excuse and even poorer performance, gotten some Olivia Pope-style PR and tried to ease her way back into her fan’s good graces in the next year or two with an epic comeback song with a Kendrick Lamar feature. But noooooo. Instead, she decides to go all Trikki Giovanni on us with a spoken word clapback.

D-Money: If this was an attempt to try and save face, then sista, honey, boo-boo, baby...it’s a fail. She should’ve just pulled out of the event and kept it movin’.

Butta: Thank you! Because let’s be honest, she damn sure didn’t gain any new fans among the Trumpettes who heard her perform on Friday night. She wasn’t even the main act! She was Travis Greene’s sidekick, and she got overshadowed and outsung by the gospel choir! All that controversy to show up and NOT show out. And now THIS?

D-Money: Right! And instead of getting mad at her manager/fiancé/embezzler, she’s salty with Spike Lee.

Ken: I don’t understand that. Spike said I won’t be playing your song on my show. Yeah, that’s a few dollars out of her pocket, but if Trump is really paying her like she said he is, Spike’s money is chump change.

Butta: Exactly. How is she mad at everyone else but herself and her man-ager? How Sway? Sounding like Angry Mother Goose in these streets.

Ken: Ha! Angry Mother Goose. It sounds like a Disney villain monologue. I was waiting for her to break out into a rendition of “Poor Unfortunate Souls.”

D-Money: Chick is delusional. “I am the black song Spike Lee won’t sing…” Really, girl? You better get your ol’ Phoni Morrison-soundin’ behind outta here with all that.

Butta: Like, what does that even mean? She’s outchea spitting alternative facts. She’s the Kellyanne Conway of R&B.

D-Money: Dude...DUDE. Did she really say “with God as my goon”? I can’t even with that line.

Butta: Just that line? My God. This whole thing sounds and reads like the rantings of a madwoman. Dylan she is not and this is no hot fiyah. Sounding like Damon Wayans’ jailhouse knowledge dropper Oswald Bates from In Living Color. Sis. Not like this.

Ken: I’m wondering who convinced her that people would be interested in a whole album of her Peggy Hill ass musings.

D-Money: Someone who doesn’t love her.

Also, was I the only one waiting for her to at least sing or drop a beat? Something — anything — to break up her madwoman rant.

Ken: I was just waiting for it to end.