Syd Wants Your ‘Body’ & Lines Up Winter Tour With The Internet 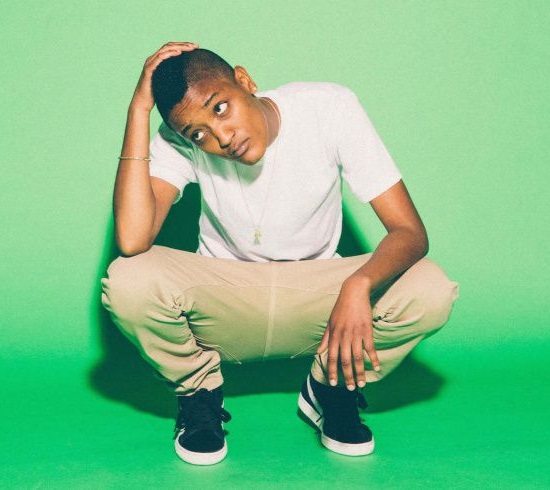 The Internet continues to prove that 2017 will be their year of total denomination. If you're still not caught up, let's refresh. Last week, co-founder Matt Martians dropped his debut solo single "Diamond In Da Ruff" and announced his debut solo set, The Drum Chord Theory, which arrives this Friday (January 27th). However, that was after his partner in crime Syd dropped her first solo single and video "All About Me" and announced that her debut solo album, Fin, would be arriving next Friday (February 3rd). Got all that? Good, because Syd has just released her latest single "Body," and it's gonna need your undivided attention.

"Body" is an unabashed slow jam that finds the singer/producer feeling mad romantic. Heady synths and synth bass set the mood just before Syd's feathery vocal seduces the listener and sets the scene. "Drink in your glass / You drinking it fast / I'm watching you dance / You’re watching my hands / Throw it back, babe," she sings as the ticking hi-hats and heavy kicks keep the pace nice and slow. While that might get us there, though, it's the chorus that seals the deal, with simple chords underscoring subtle commands as she coaxes us to let down our guard and get down to business. Add to that her simple, yet effective cooing of "yeah yeah yeah yeah" near the track's end, and you've got a bedroom banger that's sure to soundtrack your next trip between the sheets.

"Body" definitely has us ready for Fin's arrival, and some other Internet news has us more than ready to pick up a ticket. In addition to Syd and Matt's solo debuts, the band will be performing throughout the winter, kicking the jaunt off with their appearance at next month's Soulquarius festival before hitting cities across the U.S. and Canada, with hotspots like New York, Philly, Atlanta, Seattle and Los Angeles all set to get love from the crew.

Sounds like The Internet definitely has the first part of the year on lock, with more surely to come before it's all said and done. Peep Syd's "Body" right here and then head below for a list of the group's winter tour dates.

TAGS:  audio, Matt Martians, Syd, Syd Tha Kid, The Internet
Previous: Kindred The Family Soul Is Back With ‘Another One’ Next: Bell Biv DeVoe Take ‘I’m Betta’ To The Streets Of Boston