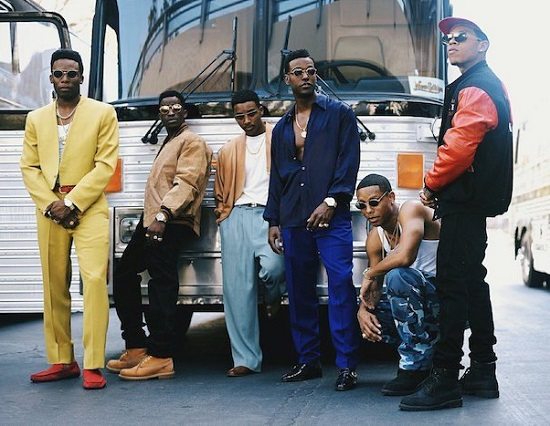 The New Edition Story Was Lit!

After a brutal week where we may have just witnessed the beginning of America's fall from power, Black America definitely needed a distraction. Luckily for us, BET chose this week to air the epic three-part miniseries about seminal R&B boy band New Edition. The New Edition Story kicked off its run with a whopping 4.4 million viewers and an impressive 2.6 million of those viewers were in the coveted 18-49 age range that gets executives and advertisers all hot and bothered. Not only that, but the miniseries was also the talk of social media, making BET the No. 1 social television network and snagging it several top 20 trending topics during the three airings. But more importantly, it reminded fans and newcomers alike what a force NE was in its heyday and revealed some behind-the-scenes drama that we had no idea occurred. Now that we've watched, we do have one question: when are we getting the soundtrack and DVD, BET? #NE4Ever