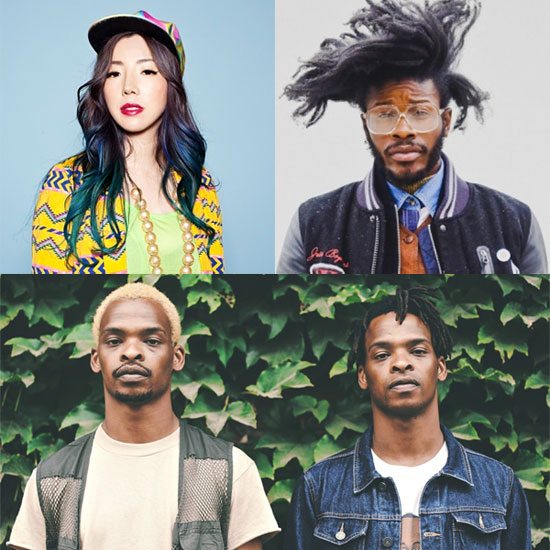 Los Angeles-based producer TOKiMONSTA is quickly rising through the ranks in the music industry. After building a reputation as one of music's most innovative rising artists, with the launch of her new venture, her Young Art Records imprint, she further entrenches herself into the fertile music scene. To highlight this accomplishment, she's releasing the Young Art Sound compilation on February 3rd in addition to hitting the road on a short promotional tour.

The compilation is set to feature appearances from the likes of Anderson .Paak, Gavin Turek, Mono/Poly and more. SoulBounce regular Jesse Boykins III links up with production duo Two Fresh for the project's second single, "Live Love." The duo, which consists of identical twins Kendo and Shweez, craft a throbbing midtempo number that feels almost otherworldly. JBIII's voice seems to hug the track's multiple curves and dips, further adding to the song's ethereal vibe as sings about taking the leap of faith and living life on one's own terms. For Two Fresh, the opportunity to appear on the project was an offer they couldn't refuse. "We've been wanting to release this track for a second. Glad we could put it out with TOKi and Young Art!" they expressed recently.

As previously mentioned, TOKiMONSTA will be celebrating the compilation's release with a seven-date U.S. promotional tour that will take her from coast-to-coast. Joining her on the road will be Montreal-based producer CRi, who also happens to have two tracks on the Young Art Sound compilation. Tickets for the tour are currently available for purchase here. Be forewarned, however; tickets for the L.A. show at The Roxy are already sold out.

Peep the album's tracklist and tour dates below to find out TOKiMONSTA will be heading your way. In the meantime, head over to iTunes to pre-order your copy of what is sure to be a musical treat.