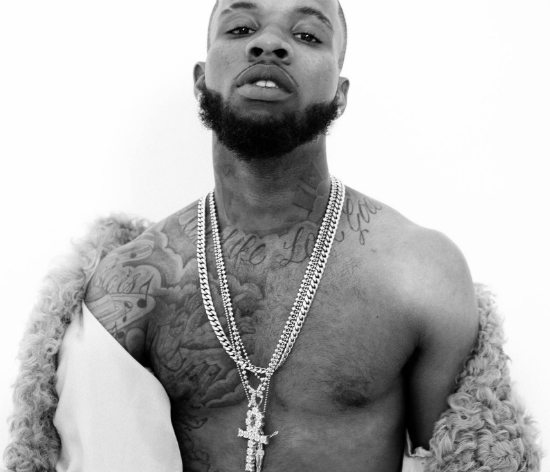 We're only a few days into 2017, and we already have some new music to add to our "New Year, Same Us" playlists. Tory Lanez continues to put Canada on top, releasing two new mixtapes for your listening pleasure. The singer/rapper just delivered Chixtape 4 and The New Toronto 2, with a combined 25 tracks featuring creative samples of some of our favorite R&B cuts and some new hip-hop to groove to.

Chixtape 4, the follow-up to 2015's Chixtape 3, features tracks like Puff Daddy’s "I Need a Girl," Mario's "Just A Friend," Fat Joe and Ashanti's "What's Love," Ginuwine's "Differences" and Aaliyah's "I Don't Wanna." Each track is creatively re-imagined and keeps you on your toes as Lanez makes the old new again. The New Toronto 2, which follows 2015's The New Toronto, includes appearances from Rick Ross and A$AP Ferg. If you're looking for less crooning and more hip-hop, this mixtape is for you as Lanez explores more lyricism and harder beats than on Chixtape 4.

Mr. Lanez is following his own formula of dropping two mixtapes to signal a new year, he released both Chixtape 3 and The New Toronto during Christmas 2015. Lanez finished 2016 strong with the release of his debut album I Told You, earning himself a GRAMMY nod for Best R&B Song. It's clear he's picking up steam for 2017 and we're here to see what happens next. Until then, continue to ring in the new year when you dig into Chixtape 4 and The New Toronto 2.