‘Come Down’ To Anderson .Paak’s Church For GRAMMY’s ‘Believe In Music’ Campaign 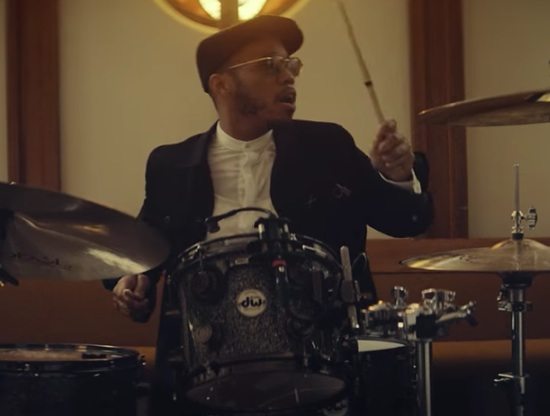 Like many of our favorite Black musicians, Anderson .Paak got his start in the church, playing drums for his congregation back in Oxnard, California. His music is far from gospel, but the GRAMMY-nominated artist filmed a recent video for the GRAMMY’s Believe In Music campaign that takes him back to his roots with a hilarious performance of his song “Come Down.”

Set in a church and starring Anderson’s friends and family, the clip starts with a gospel choir singing the song a cappella, as church mothers look on sternly. Soon the beat drops, and the choir starts talking those cash ish lyrics ("You drank up all my liquor / What I’m supposed to do now?"), making people young and old stand to their feet. The choir soon parts like the Red Sea and we see Anderson beating the drums like a madman and inspiring everyone in the church and the little boys playing hooky outside to give up the ghost! While the clip is quite amusing, the message about the power of music isn’t lost. If anything, it is on full display, as it shows music as the potential to unite us, excite us, inspire us and make us view the world with different eyes and especially ears. “Come Down” has been an inspirational track for many, whether we’ve been having a bad day or just need a little extra oomph to finish a workout or TPS report. It’s a great fit for a gospel rendition.

You can cheer on Anderson .Paak at the 59th Annual GRAMMY Awards airing Sunday, February 12th. He’ll not only be performing with A Tribe Called Quest, but is also nominated for Best New Artist and Best Urban Contemporary Album.


TAGS:  a tribe called quest, Anderson Paak
Previous: Estelle Is ‘In Luv’ With Lincoln Continental Next: SiR Does It Again With ‘Her Too’