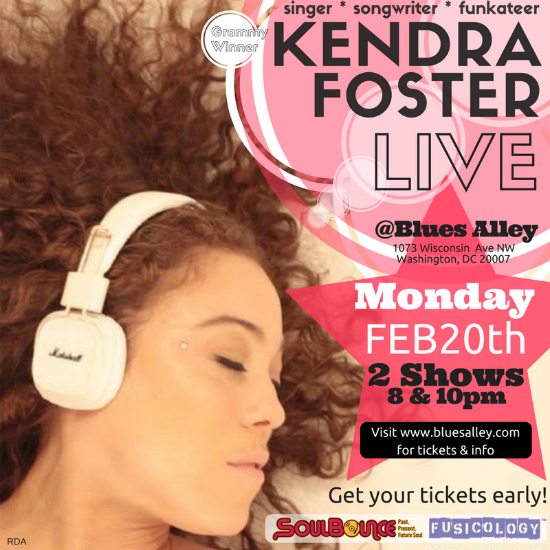 She's performed with artists such as George Clinton and D'Angelo, she's a GRAMMY winner and she released her soulful, funky debut album last year. Who is she you may wonder? She is Kendra Foster, and she's coming to the DMV to light up the stage at Blues Alley on Monday, February 20th. Celebrate President's Day at Blues Alley at one (or both!) of Kendra's two shows. She won't disappoint.

Tickets to see Kendra Foster at Blues Alley are on sale now and available at the venue's box office or online from their website for either the 8 p.m. or 10 p.m. show. We also have a pair of tickets to the early show that we are dying to give away, which one DMV Bouncer will get the chance to win. Enter to do just that on the next page.