Jidenna Goes On The Run For Love In ‘Bambi’ 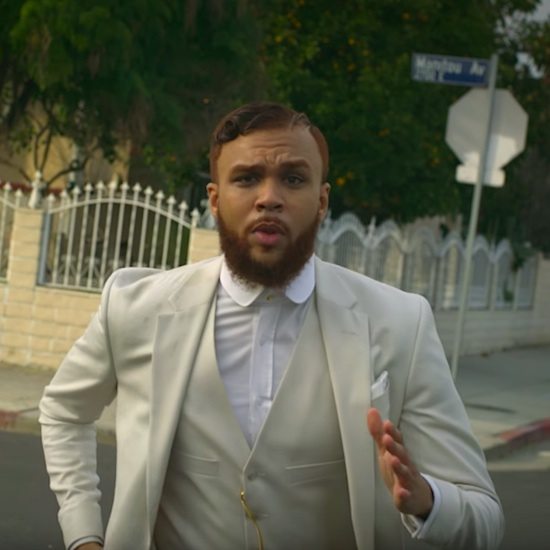 Now that The Chief is out, it looks like Jidenna on the road to release a steady stream of singles and videos from his debut, and we're ready to go along for the ride. Just last week he dropped the video for  "The Let Out," and now he's following up with the visuals for "Bambi." The clip starts with a montage of Jidenna chilling with a significant other, who we later find out belongs to someone else. As he sits on a bench in his finest bespoke cream suit, he laments the loss of his muse. He later runs off like a madman into the streets, teary-eyed and all, drinking out of a rose gold flask because that's what you do when you're #HurtBae.

Why is Jidenna in such a hurry you ask? Well, apparently he managed to miss Bambi's wedding. The newlyweds are played by actress Megalyn Echikunwoke and his Insecure co-star Jay Ellis, and, needless to say, they're not happy to see him in attendance. Foolery ensues when Jidenna causes a scene in front of the church, and he's left disheveled and longing for his lost love.

We appreciate the creative take on "Bambi," as we watch the ginger-haired crooner let go of his cool and unravel throughout the video. What remains pretty well put together, however, is his career, which shows no signs of slowing down. Last week Jidenna also released a potential teaser for a music video for "2 Points" over on Instagram, so we can assume that's going to be the next single/video combo. While we wait to see, watch the video for "Bambi" below and feel Jidenna's pain.