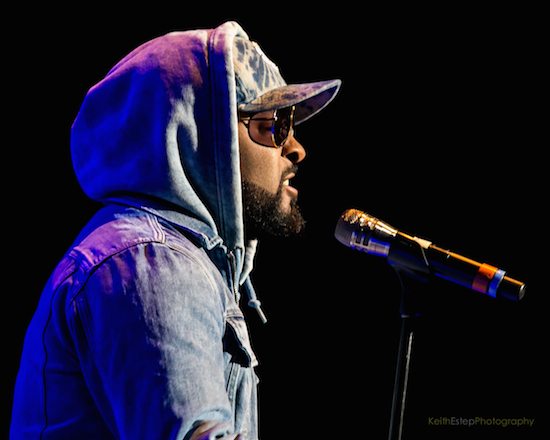 Following performances by The Foreign Exchange, Dwele and Lyfe Jennings, it was Musiq Soulchild's turn to perform on the NuSoul Revival Tour in Washington, D.C. The audience at Constitution Hall  on Friday, February 17th was filled with Musiq fans who rose their feet when their favorite took the stage. From there, Soulchild sang from his catalog of hits old and new, including live renditions of "Love," "Teachme," "Sobeautiful" and "I Do," which he released on last year's Life on Earth album. Musiq also shared news of his upcoming project to be released this year and sang the lead single "Simple Things." Musiq's fans served as his background singers and dancers, rarely sitting down for the duration of his headlining set.