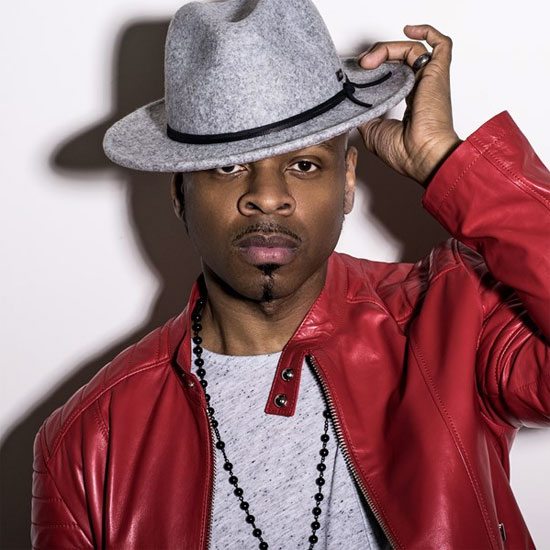 Musically, 2017 is on a roll. The soulful stars have aligned, and the rhythmic gods have showed up and will soon bless us with a debut solo album from the one and only Stokley Williams. Yes, you read that correctly. The lead vocalist for the unrivaled R&B band Mint Condition, singer, songwriter, multi-instrumentalist and two-time GRAMMY Award nominee will soon release his very first solo album, entitled Introducing Stokley. For those who might be skeptical as to whether this melodic miracle might actually happen, he’s released the lead single from the project as confirmation.

“Level” addresses the need and desire to find someone who compliments you spiritually, emotionally and intellectually, and it is quite the groove. Known for his incredible vocal range and impeccable songwriting skills, true to form, Stokely shows all the way out on this one. “We all seek to find someone or something that fits just right for us,” he says in a press release. “Everybody wants something that fits with them comfortably. Something on their level.” The breezy, guitar-laden tune is just what we need to take us into a new season and gives us a satisfying taste of what we can expect from the new album.

In pursuit of further developing his creative mark as an individual, Stokley solicited the efforts of multi-platinum Philly-based production duo Carvin Haggins and Ivan Barias, who've worked with a who's who in soul and R&B, including Jill Scott, Ledisi, Musiq Soulchild, Faith Evans and Kenny Lattimore, on Introducing Stokley. The highly anticipated album also features co-writing contributions from Sam Dew and Los Angeles-based songwriting group The A Team. It seems at least some of the inspiration for the project was drawn from the current sociopolitical climate. Taking a cue from Marvin Gaye’s 1971 classic “What’s Going On?,” Stokley will make his own statement on the current state of affairs on the track “We/Me.” He'll also use his solo effort as an opportunity to explore a variety of musical eras and venture into other genres. Undertones of the signature Motown sound will be heard on “Art In Motion,” which features musician/producer extraordinaire Robert Glasper, and he'll stir up Caribbean vibes with the dancehall-flavored tune “Wheels Up” featuring Jamaican singer Omi.

We’ve been waiting a long time for this, and given his track record of hits with Mint Condition and his collaborations with other artists, we have no doubt that Stokely Williams' solo debut will be one for the books. In the meantime, give his new single “Level” a spin below and use it to pay homage to, or for motivation to find, your kindred spirit.