This Bryan-Michael Cox & Robert Glasper Collaboration Will Make Your ‘Day’ 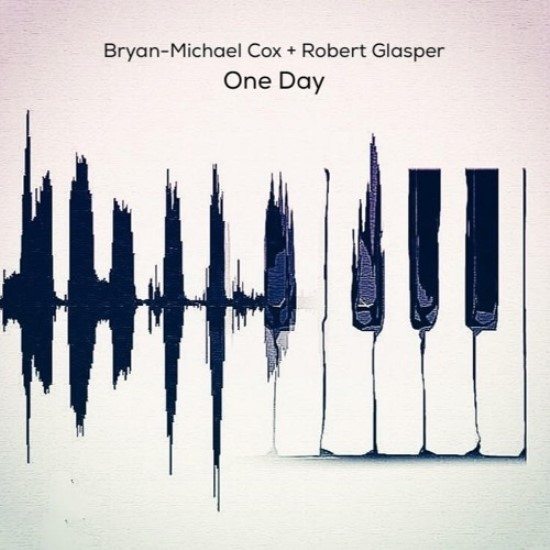 Still widely respected and in-demand after almost 20 years in the business, multi-GRAMMY award winning producer/songwriter/singer/DJ Bryan-Michael Cox has nothing left to prove. Except to himself, maybe. Perhaps that's what prompted him to start focusing on some previously untapped vocals – his own. Right before the holidays, he dropped two singles and hinted that a project was in the works. Now he's back with his first release of 2017, a cautionary ballad called "One Day" co-produced with none other than piano and production wiz Robert Glasper.

Cox has been pretty tight-lipped about his The Thirteenth Letter, Vol. 1 project, but uh, we're starting to sense a pattern here. Both "Verbatim" and "Karma" dealt with relationship issues – particularly a man who screwed up, lost his woman and now regrets his actions – and "One Day" follows a similar path as BMC warns about the dangers of taking someone for granted. We're not sure if he's speaking from personal experience or simply #trynahelpsomebody, but his sincere delivery has certainly given us something to ponder. "We can get caught up and lose sight of our priorities," he sings before delivering the wake-up call, "All it takes is one day for her to fall in love all over again...There be so many others waiting for their turn in the background, so you better treat her right before her feelings change." With amplified finger snaps, cinematic strings and Glasper working his magic on the piano, the moody R&B groove is another winner for the hitmaker.

Presently working with everyone from Mariah Carey to Nick Grant, assures us that Bryan hasn't quit his day job. But secretly, we're kinda hoping his next release is his own album. "One Day" isn't available for purchase just yet, but don't let this day pass by without giving this Cox/Glasper collaboration a listen below.


TAGS:  audio, bryan-michael cox, mariah carey, robert glasper
Previous: SZA Teases New Album In Mini-Doc ‘Road To CTRL’ Next: Things Are Out Of Focus For SiR In ‘All In My Head’