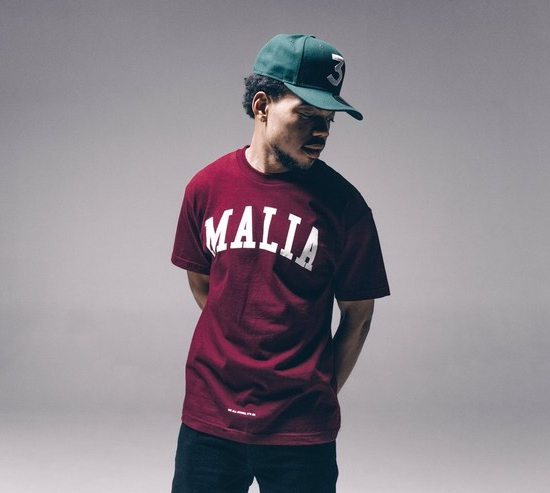 While he's gearing up for the GRAMMYs, Chance the Rapper has another reason to celebrate. The rising rap phenom adds another title to his resume as he partners with joefreshgoods for their #ThankUObama clothing line. As the name states, the line pays tribute to the Obamas with shirts that reference the former first family and their time in office. Our favorite is the MALIA shirt, which references the time the teenager got caught taking a toke. If you want to remember the times when an orange tyrant wasn't in the oval office, you can check out the line here. #WeMissThemTooChance