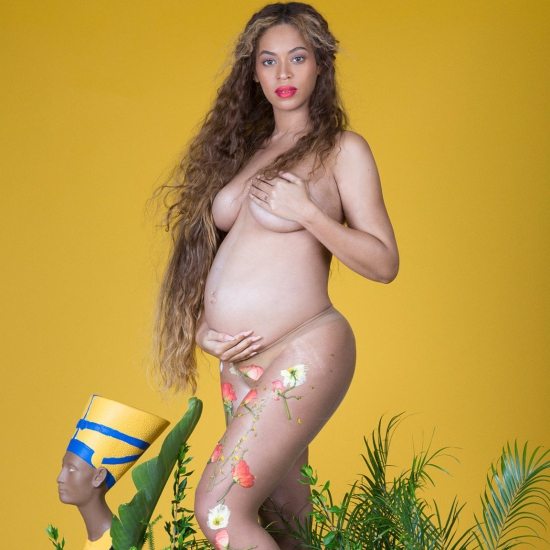 Beyoncé Breaks The Internet With Her Pregnancy Announcement

Leave it to Beyoncé to stop the world yet again. The 35-year-old took to Instagram to drop some unexpected baby news. Not only is Queen Bey pregnant, though — She's pregnant with TWINS! Of course, this being Bey, she couldn't do it in simple fashion. She made the sudden announcement via an Instagram-shattering post (at this moment it has over 9 million likes and countering, making it the most liked post on the 'gram of all time) featuring her surrounded by flowers and cradling her growing baby bump and wearing a green veil, a maroon bra and baby blue panties (Bey, you tryna tell us something?). And then, in true Beyoncé fashion, she also released a full-on pregnancy photoshoot via her website that featured her posing underwater and some cute shots of her firstborn, Blue Ivy Carter. Personally, we're ecstatic about the baby news and can't wait to meet Cyan Fern and Aubergine Moss. Just one question, though. Is you still doing Coachella or nah? #AndBabiesMakeFive