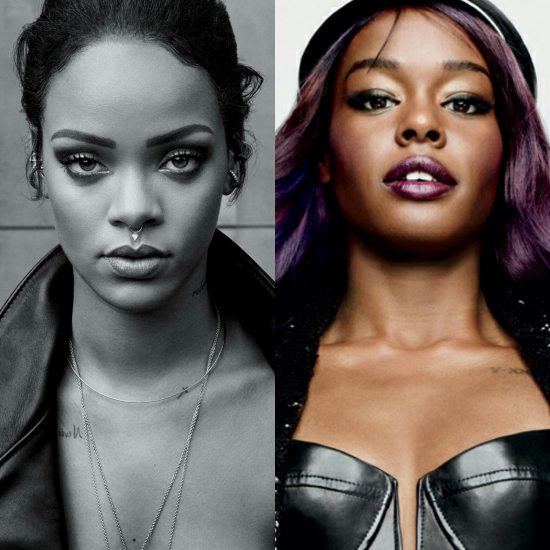 Rihanna & Azealia Go At It On The 'Gram

Sadly, everyone wasn't using their IG account for good this weekend. Azealia Banks continued her string of petulant, child-like behavior by going after none other than Rihanna. However, she chose the wrong one. It all started when RiRi posted a tweet denouncing The Donald's Muslim ban. Azealia, an avid supporter of the orange jackass, seized the opportunity to  criticize the star, calling her out for not being a U.S. citizen or being able to vote in the past election as well as as some other gibberish not really worth repeating. Oh, but Rihanna had time that day, posting a photo jab on IG with the caption, "the face you make when you a immigrant #stayawayfromthechickens #iheartnuggets #saveourhens."[Ed. note: If you're wondering about AB's connection to chickens, see here.] Of course, Azealia couldn't let that go and a full on IG feud broke out, ultimately ending with Azealia posting Rih's actual phone number (it's now been disconnected) and Rihanna following suit (and in the shadiest way possible, seeing as AB's name wasn't even saved in her phone). But Rihanna did her one better, eventually making the shady photo her Twitter profile pic. The lesson? Don't come for Rihanna unless she sends for you. #YouDontWantItWithTheClapbackQueen