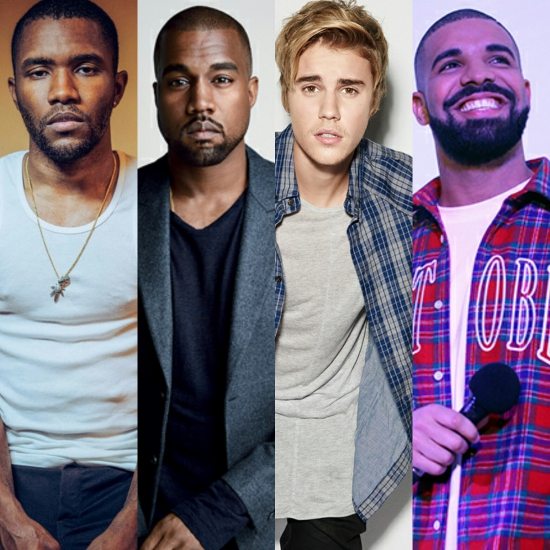 ...But Frank, Kanye, Bieber & Drake Could Give A Damn About A GRAMMY

While we, and most other folks, are pretty damn excited about this year's GRAMMYs, there's a growing contingent that seem to be a bit unhappy with the Recording Academy and its awards show. We already knew that singer/songwriter Frank Ocean wasn't down when he made headlines for not even submitting his albums Blonde and Endless for consideration this year. Then there's the ever-outspoken Kanye West, who claimed he would only attend the ceremony if Frank was nominated. Drake, who's nominated for the coveted Album Of The Year Award, will apparently be overseas touring and his fellow Canadian and Album Of The Year nominee Justin Bieber has said that he feels the awards are "out of touch and arguably irrelevant," according to TMZ. While we're all for protest, seeing as Frank was the only one who put some skin in the game by withdrawing from the process completely, we're gonna have to ask the others to just sit on down and shut on up. #PutYourGRAMMYWhereYourMouthIs