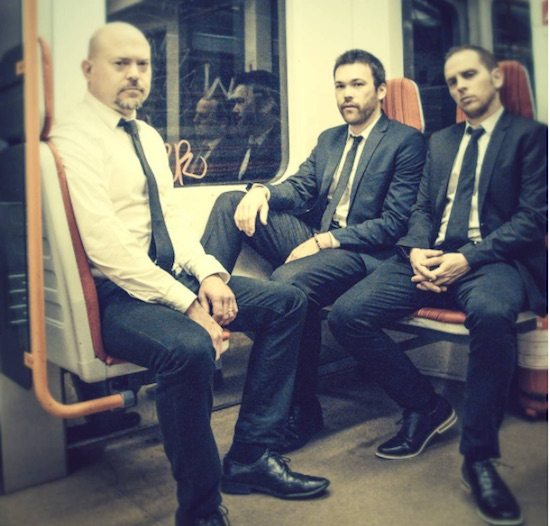 One of the perils of dating in a large city such as New York City or Los Angeles is distance. You can have everything in the world in common, but when you live in Brooklyn and the other person is in Long Island, sometimes the distance in between can be wide enough to knock Cupid's arrow off course. Tortured Soul tackles that very sentiment in their latest single, "U Live 2 Far Away."

Group frontman John-Christian Urich voices his frustrations with his lady love singing, "You live too far, too far away / Every time I go to your house, takes me the whole damn day." However, he isn't complaining just for the hell of it on this funky, disco-tinged dance track. Instead, he approaches her with a proposition that she may find hard to refuse: moving in together. While the obvious benefit is that the two would no longer have to endure the lengthy commute to see each other, Urich outlines some other benefits of cohabiting, namely a lot of home cooked meals and even more time to spend burning off all those calories in the bed. He also admits that he's ready to take things to the next level and possibly start a family.

As with all Tortured Soul productions, the infectious song is heavy on the bass and musicality. Fans don't have to only settle for one new single from the guys, however. In addition to the original mix, the guys have also released five additional remixes. While Urich, who produced and wrote the original, offers up another mix, the remainder of them are handled by an elite cast of talented producers like The Lounge Lizards (DJ Kemit and Luke Austin), South Africa's Cornelius Mashilane and newcomer Cryosis. JKriv, one of Tortured Soul's founding members, pops in also, delivering his own take on the single. In the hands of this more-than-capable squad, the song takes on a new life while remaining true to the original.

"U Live 2 Far Away" and its accompanying remixes are currently streaming on both Spotify and TIDAL, in addition to being available on iTunes, Amazon, Google Play, Traxsource and Beatport.