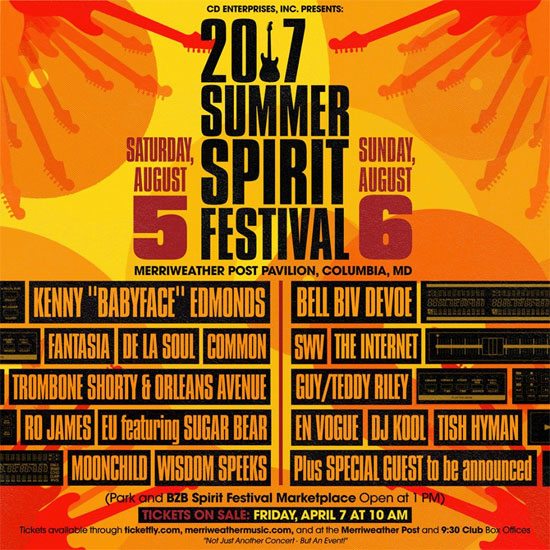 It’s time to get those sunglasses, sundresses, short sets, sandals and pedicures ready, as summer festival season is quickly approaching and you don't want to get caught unprepared. In an effort to help you get your warm weather plans in order for August, CD Enterprises, Inc. has announced the lineup for the 2017 Summer Spirit Festival in Columbia, MD months in advance. And this is one hell of a lineup.

This talent roster is chock full of R&B, soul, hip-hop and go-go greatness. Day one of the festival on Saturday, August 5th will feature Kenneth “Babyface” Edmonds headlining with performances by Fantasia, De La Soul, Common, Trombone Shorty & Orleans Avenue, Ro James, E.U. featuring Sugar Bear, Moonchild and Wisdom Speeks. If day one’s lineup isn’t enough to get you hyped, day two will definitely do the trick with plenty of late-'80s and '90s flavor in your ear courtesy of headliners Bell Biv Devoe and more acts from the era, including SWV, Guy and Teddy Riley, En Vogue and DJ Kool. Also on the schedule are The Internet, Tish Hyman and a special guest to be announced.

If you know like we do, then you know that no summer in the DMV is complete without the Summer Spirit Festival. This year marks the 12th anniversary of the amazing event, which expanded to two days last summer and always serves up an impressive blend of multiple musical genres. This is certainly one festival that packs a huge bang for your buck, so be sure to grab your tickets for you and all your folks when they go on sale Friday, April 7th at 10 a.m. ET on Ticketfly. 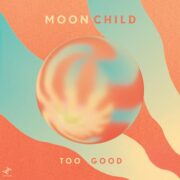