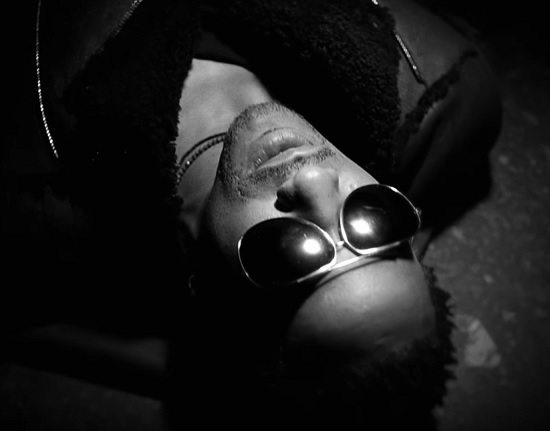 It may mark their final album, but if it is, A Tribe Called Quest's We got it from Here... Thank You 4 Your service serves as the perfect swan song for a group who changed up the structure of hip-hop and influenced the genre for generations to come. The death of founding member Phife Dawg left an irreplaceable void in the group, but surviving members Q-Tip, Ali Shaheed Muhammad and Jarobi have soldiered on while representing every chance they can for the late Five Footer. They do so once again with the video for single "Dis Generation."

The stylish black-and-white clip directed by Atlanta's Hiro Murai shows the collective hanging in different settings as the camera continuously scrolls, allowing for creative ways for them to interact with each other and the video extras who stand frozen in place. The interplay is reminiscent of what happens on the song's verses, with the crew's rhymes overlapping and piggybacking off of each other. Once the video gets to the chorus, which samples Musical Youth's "Pass The Dutchie," a hyped-up crowd is shown rocking as a young boy proclaims that a new generation's got next. The video's setting transfers to a crowded parkway as the track's guest Busta Rhymes reps with his verse while hanging out of a Cadillac and even trading a few verses with himself. The physical presence of Phife is without a doubt missed here, but though they don't point to him or have a picture of him as they did in "We The People," his verses keep the late MC's spirit alive.

With us being five months out from the album's release, this is likely the last new Tribe video that we'll be getting. Savor what could be our last glimpse of the group by checking out "Dis Generation" below.