Candice Glover Bares Her Soul On ‘My Mistake’ 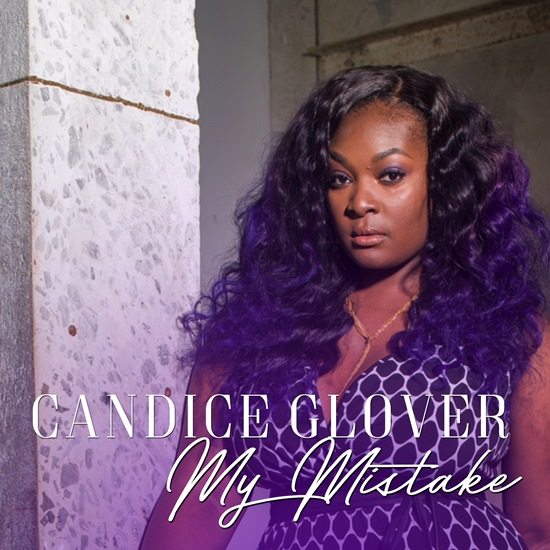 When we last caught up with Candice Glover, she had just released her debut album Music Speaks after being crowned the Season 12 winner of American Idol. A lot has changed since then, including a split from 19 Recordings/Interscope. Now fully in control of her career, the independent artist is working towards the release of her sophomore project this summer. While she puts the finishing touches on the album, she recently dropped a little something for us fans called "My Mistake."

The moody piano-driven ballad gets a little steamy as Ms. Glover reminisces over dreamy synth and layered background harmonies. Her soulful vocals ooze with nuance and regret as she sings, "I didn't mean to fall for you," but "Friendly conversation turned to romance" and it was all over. Punctuated finger snaps seem to subtly jolt her back to reality, causing her to finally admit "It was my mistake," as the music fades like a cliffhanger, leaving us wanting more.

She explains the inspiration behind the song and the yet-to-be titled album by revealing, “I’ve gone through a lot lately and as I move forward with this journey in my career, I wanted to reflect on times that I fell in love with every ounce of a person despite my reservations.” Glover continues, “Everyone has been there and I want this new record to speak to those people. I want all my new music to encourage people to reflect on themselves, even if it hurts.”

You can listen to Candice bare her soul on the slow-burning track below. While we don't have an official release date for the upcoming project, you can support this next phase of her career by purchasing "My Mistake" via iTunes and connecting with the singer via Twitter and Instagram. Candice Glover will be touring select cities for the remainder of this month before heading to Puerto Rico in May to join Brandy, B. Slade, Monifah and more for the XSCAPE Puerto Rico LGBT Arts & Culture Festival. While there, she will receive the 2017 Woman of Soul/Rising Star award. Tour details and ticket purchase options can be found by visiting her website. Also, in case you missed it, that was Candice singing her face off in last week's episode of Underground.


TAGS:  audio, Candice Glover
Previous: Little Dragon Taps Denzel Curry & Twelve’Len To Take Their ‘High’ To Another Level Next: MF Robots ‘Come On With The Good Thing’ With Their New Video