Consequence Helps Kehlani ‘Keep On’ With A Hot Remix 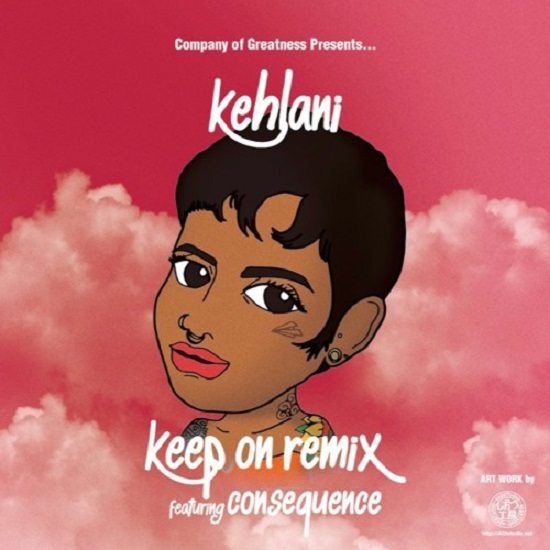 Kehlani may have been a promising new force in R&B for a while, but she finally made good on that promise with her SweetSexySavage debut earlier this year. The set features a few gems that we've found ourselves coming back to in the weeks since the album's release, including singles like "CRZY," "Distraction" and "Do U Dirty;" however, it's opening track and should-be-single that we truly can't stop bumping around SBHQ. And, now that our boy Consequence has hopped on the track to drop a verse or two, we don't think we'll be taking this one out of rotation anytime soon.

What keeps us coming back to "Keep On" is the song's undeniable in-the-pocket groove, which loops a vocal sample and bass to sublime perfection. This remix extends that bit of musical magic by a full minute to allow Cons time to ruminate on relationships while peppering his clever rhymes with references to recent pop culture (he begins the track by slyly connecting The Players Club and Insecure before spinning a Remy Ma reference into a Pete Rock mention). Instead of stealing Kehlani's shine, though, Cons' rhyme only enhances the track, making way for her blunt honesty on the verse and complementing the narrative by adding another side to the story.

The original will definitely still get some love from us, but this version of the track just might get a little more burn around these parts. See if you feel the same way after you give it a spin.