En Vogue Is Cooking Up Some Musical Greatness For New Album, ‘Electric Café’ 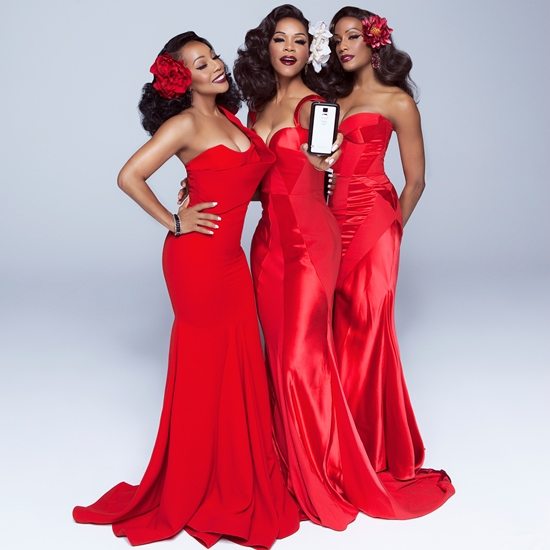 Around this time last year, R&B group En Vogue served notice to the world that they were back and ready to reclaim their chart-topping status with new single "Déjà Vu" and the promise of a full-length project. Though we hoped to have something tangible by now, a steady tour schedule and high profile performances like the revival of Showtime At The Apollo proved that the ladies hadn't forgotten about us. Now that they have a freshly-inked worldwide deal with Entertainment One, Electric Café will finally be released this summer.

Just last week, the current lineup of Cindy Heron-Braggs, Terry Ellis and Rhona Bennett took to social media and made us nostalgic for the group's signature style and harmonies as they celebrated the 25th anniversary of their megahit album Funky Divas. And with expected releases from TLC and Xscape (among others), plus New Edition and Bell Biv DeVoe enjoying a resurgence of popularity, their timing couldn't be better as 2017 seems to be "The Year of '90s Comebacks." Speaking via press release, Cindy shares, “Our new release has been a long time coming and we can’t wait to share where we are musically today! Hope our fans will enjoy.”

The only thing that would've made this announcement even more exciting is if it came with a new single. But hey, we've already waited this long so we can hold out a little while longer--especially since the end result will be worthwhile. In the meantime, groove to the Déjà Vu Remixes below and make plans to see En Vogue during their international For The Love of Music Tour.

In addition to their extended stay overseas, they'll also be performing in select cities across the U.S. joining other fave '90s groups like BBD and SWV at notable events like Funk Fest Tour (the Atlanta and Kansas City stops) and Cincinnati Music Festival. Scroll down to view their current schedule and visit their website to purchase tickets. We suspect that more U.S. dates will be added as they get closer to the Electric Café release, so follow the Funky Divas on Twitter and Instagram for updates.

En Vogue For The Love of Music Tour dates: