Frank Ocean Shows Us Both Sides With ‘Chanel’ 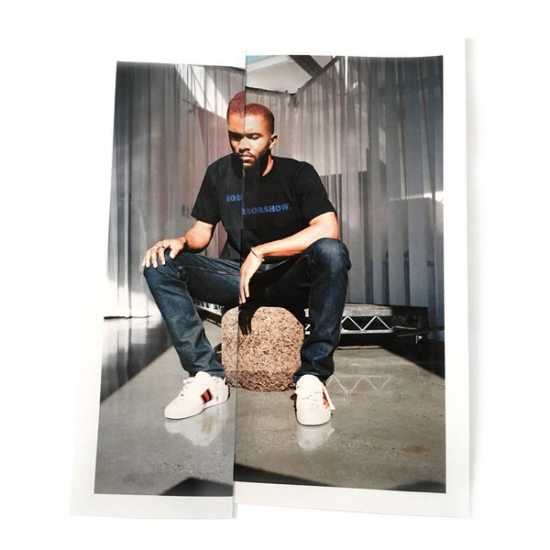 Frank Ocean took an extended hiatus and then came back in a major way this past August, dropping a visual album, Endless, and proper full-length joint, Blonde. Since then, other than a few appearances here and there (including his jam with Calvin Harris and Migos, "Slide" ) and his new Beats 1 show blonded RADIO, he's been rather silent. Then, over the weekend, Frank took to the show to reveal a brand new single, "Chanel," that leads us to think Mr. Ocean might have more coming soon. But before we get ahead of ourselves, let's discuss his interesting new joint.

Though most would assume that a song named "Chanel" would be about fashion, that isn't the case here. Frank instead uses the fashion brands iconic logo as a metaphor for duality. "I see both sides like Chanel / See on both sides like Chanel," he sings on the song's hook. He takes the metaphor even further in the verses, showcasing his songwriting talent in the process. The moody number, heavy with minor key piano, kick drum and lingering bass, shows Frank playing with both sides of sexuality, class and even race in his usual stream of consciousness style. Oh, and the song fittingly has two versions, as Frankie O slyly played a remix of the track featuring A$AP Rocky rapping at the end on a slightly slowed version of the beat.

For now, this seems to be a one-off single that Frank felt like dropping. But if we know anything about Frank Ocean, it's to expect the unexpected. Keep that in mind as you give both versions of "Chanel" a spin below.