GoldLink, Jazmine Sullivan & Kaytranada Give Us A Musical ‘Meditation’ 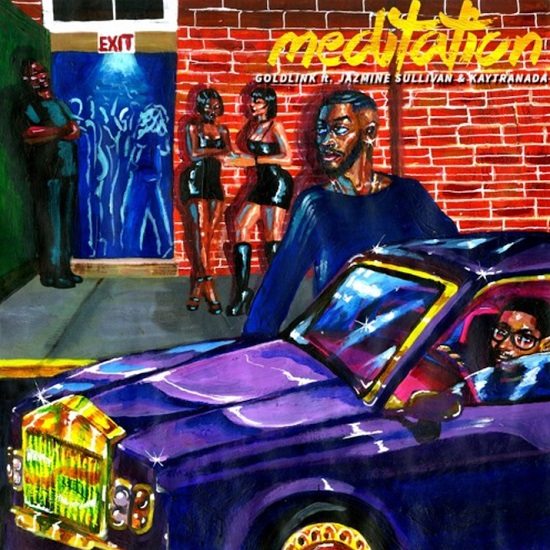 There are many magical musical moments, whether they be interludes or partial songs, on albums that leave us wishing the artist had just fleshed them out into full-fledged songs. One such moment happens at the end of "Track Uno" on Kaytranada's debut 99.9%. As the groove comes to a close, a warm, bouncy groove pours into the speakers to keep your head nodding for just a few more seconds before ending abruptly and leaving us wanting more. DMV rapper GoldLink apparently felt the same as us, teaming with Kaytra and the ever-talented Jazmine Sullivan to breathe new life into the snippet for his latest single, "Meditation."

On the cut, the beat is flipped to extend the cut for four minutes of uninterrupted greatness as congas, Kaytra's signature elastic synth bass and wavy synths lure you into the track. GoldLink doesn't waste time making his mark, though, weaving a tale about a girl that's spotted his eye and his him dreaming of building a future with quick-tongued rhymes that show why he's one of the most promising of hip-hop's new crop. If it had just been GoldLink and Kaytra, this would still be a very solid jam, but the addition of Jazmine takes things over the edge. She joins for a soulful chorus that's further enhanced by her jazzy scatting in the background. It's without a doubt one of the best things we've heard thus far this year (and we're almost certain it will remain in heavy rotation until year's end and beyond).

We certainly hope that this proliferation of singles means that GoldLink is lining up the follow-up to his debut And After That We Didn't Talk. While we speculate further, tuck into the "animated audio visual" (GoldLink's words, not ours) for "Meditation" here.