GoldLink & Wale Team Up To Chill Out Cali-Style On ‘SummaTime’ 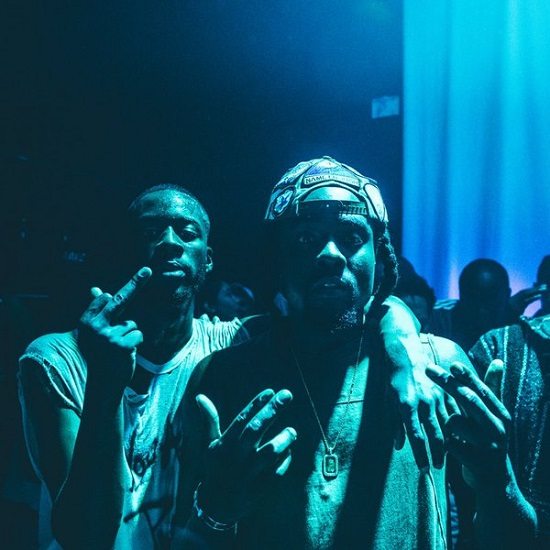 GoldLink has been keeping things hot music-wise in the lead-up to his highly anticipated debut At What Cost. We already love his releases so far, including "Crew," "Meditation" and "Pray Everyday (Survivor's Guilt)." He continues that hot streak with the latest release from the set, "SummaTime." And, in the process, he also reveals two more of the album's mystery collaborators.

"SummaTime" is a D.C. affair, as GoldLink has invited fellow Washington, D.C. native Wale onto the track to rep for the DMV area rather proper like. However, the lazy, hazy jam is full of California vibes courtesy of the song's producer Radiant Children  — who also provides the song's laidback hook. The chilled-out groove fits perfectly with GoldLink's sing-songy style as he raps about Cali's best-known exports — women, weed and liquor — with gusto. Wale is also on top of his game as he kicks some game to a fine Cali goddess, comparing her to Cinderella and encouraging her to keep this thing they got going on the hush. The interplay and chemistry between the two rappers are undeniable, as is the fact that this joint was made to ride out to in the coming summer.

With At What Cost coming our way tomorrow (March 24th), we'll see what other top-secret collaborators the project has to unveil. Until then, press play and vibe out to "SummaTime."


TAGS:  audio, GoldLink, Radiant Children, wale
Previous: Ceraadi Have Arrived With ‘We In Here’ Next: Maurice ‘Mobetta’ Brown & Talib Kweli Want You To ‘Stand Up’ For What’s Right