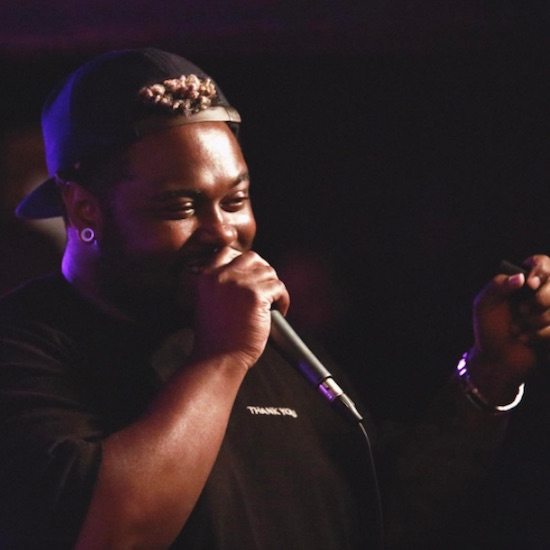 Despite having just dropped his Warmest Winter II EP back in December followed by his DOJO EP a mere two months later, James Fauntleroy is proving that there's no shortage of good music in his stash with the release of not one, but three new songs via SoundCloud to kickstart the week.

The Cali-bred singer-songwriter quietly broke fans off with "Miami Rain," "Stop Doing Cocaine" and "I Can't Do That." Each song showcases Fauntleroy's mastery of songwriting while also displaying the breadth of his musical talents. "Stop Doing Cocaine" and "I Can't Do That" are packaged together in a playlist titled "Farewell (>?)" and are labeled on his SoundCloud as "A Side B Side demos," while "Miami Rain" arrives alone. The latter is filled with the type of dancehall-influenced melodies that Drake wishes he were capable of as Fauntleroy's soothing voice languidly rides the beat. Meanwhile, "Stop Doing Cocaine" is a straight-up R&B jam fueled by slinky synths, a thumping bassline and electric guitar and "I Can't Do That" is a sparse, guitar-laden tune that finds him drawing the line on what he will and won't do.

The best part about these surprise releases is that they each possess their own individual sound while also displaying Fauntleroy's effortless ability to mesh multiple musical styles together to form one that is wholly his own. His conversational approach to songwriting proves exactly why artists like Justin Timberlake, Rihanna, Kendrick Lamar and even Drake himself are beating down his door for some of his musical magic. If these are things that Fauntleroy just has lying around, we can only imagine what other tricks he has up his sleeve. And with an arsenal this prolific, we can only hope that it's just a matter of time before we are actually treated to a proper, full-length album from this talented artist.